2023: How to avoid electoral violence – CAN, Sultan 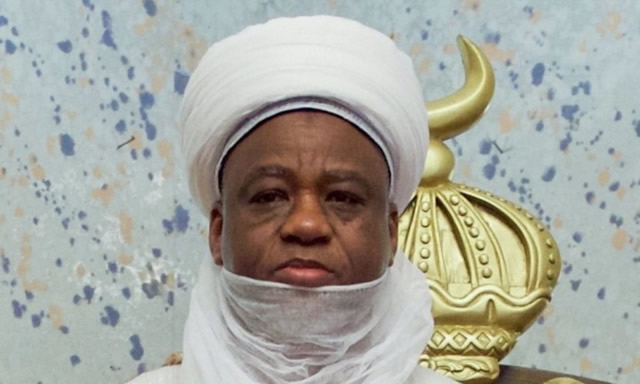 The Christian Association of Nigeria and Sultan of Sokoto, Alhaji Abubakar Sa’ad III, on Monday raised fresh fears on the dangers of electoral violence, including all related forms of rigging and hate speech as the country squares up for the 2023 polls.

They, therefore, gave solutions on how to avoid the pitfalls that could affect the 2023 polls.

The President of CAN, Archbishop Daniel Okoh and Sultan Abubakar stated these during the Inclusive Security Dialogue in Abuja and facilitated by the Global Peace Foundation in partnership with ADF International and Vision Africa.

The LENTORLITENEWS reports that the meeting provided a platform for community leaders representing various dissidents, militia, and agitation groups in Nigeria to unbundle barriers to peace and security in the country.

The CAN President warned against electoral violence, saying the consequences are capable of truncating the country’s democratic process.

According to him, while curbing pre-and post-electoral violence in Nigeria remained a herculean task, well-meaning Nigerians and other development partners who want to depart from electoral violence and its attendant consequences should not be discouraged.

Okoh charged security agencies to be alive to their responsibilities to enforce the law against perpetrators of election violence, stressing that the peace accord signed by presidential candidates should not be a mere formality.

He said, “Although since 2014 some leaders of great influence in Nigeria led by a former Head of State, General Abdulsalami Abubakar on the platform of National Peace Committee get the commitment of the presidential candidates of parties by encouraging them to sign Peace Accord, the security agencies must be alive to their responsibilities to enforce the law against perpetrators of election violence.

“It is clear that the intention of the National Peace Committee is not just to fulfil all righteousness. The signing of the Peace Accord should be followed up diligently by law enforcement agents in order to ensure compliance by all parties with severe consequences for breaching the agreement.”

He told both the state and the federal governments to make genuine efforts to create employment opportunities for the teeming youth or provide entrepreneurship training and funding opportunities for their small-scale businesses to prevent them from deploying their youthful energy into the destructive exercise of electoral violence.

The cleric described the menace of drug and substance abuse by youths as a recipe for electoral violence.

Okoh charged the Independent National Electoral Commission to be impartial in its conduct before, during and after elections.

He said, “INEC must be seen to give a level playing ground to all the candidates and their political parties. The allegations of connivance of the electoral officers with party agents to frustrate voters on the day of the election or to tamper with the election results should not be allowed to resurface in the forth-coming elections. Sometimes post-election violence is triggered by alleged unfairness and injustice demonstrated by the officers of the electoral body.

“The election of 2023 holds the key to our progress as a nation or our designation as a failed or a failing state.”

The CAN President also stated that religious leaders must be seen to be non-partisan and impartial in their public and private statements in order to gain the respect of all, especially their followers.

Sultan Abubakar, the President-General of the Nigerian Supreme Council for Islamic Affairs, represented by Uztaz (Dr) Hussaini Zakariyya, urged religious leaders in the country to use their platforms to discourage participation in electoral violence among youths.

He said, “Religious leaders are the most important and influential block in every society, especially in Nigeria by their nature and space, very religious people.

“Every Muslim, every Christian is proud to be what he is and what he believes. And not only that, he is willing to protect that life with all that he has, his belongings and everything he owns.

“Therefore, unless and until religious leaders are involved directly in the peace-building process to bring about peaceful coexistence of Nigerians, there will be no peace. Nobody has actually the power and the influence like just religious leaders.”

Earlier, the President of Vision Africa, Bishop Sunday Onuoha, stated that peace and security in Nigeria are more important than campaigning for votes; warning that the country may be at the precipice of a historic change if care is not taken.

He said, “If there is no peace, no one will come out to campaign or to vote. With the rate of wanton killing in the country today, an average Nigerian is asking, is Nigeria at war with itself?” Why is it that people can no longer go to the farm without being kidnapped or raped on their own farms, and some even raped in their homes in the presence of members of their family – the cries of our innocent women have gone loud, and if the state cannot protect them, we should worry about them fighting back.

“Our highways which were initially death traps, have also become kidnapping zones, and even the national capital appears to be under siege. If this is not an emergency situation, then what is? The time to act is now.”