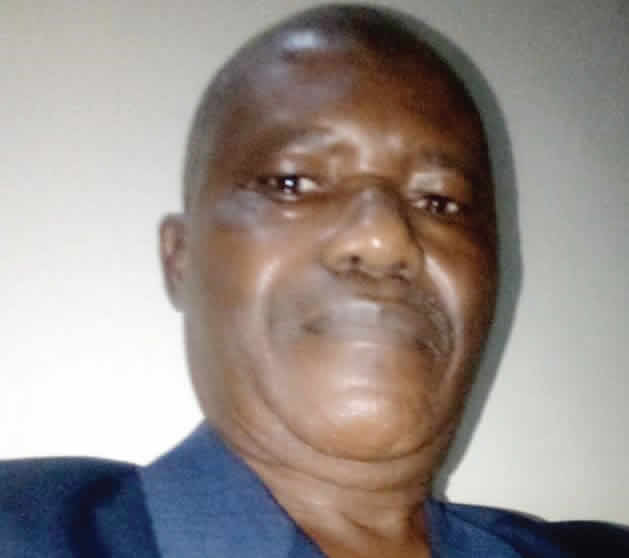 The underdevelopment of Africa cannot be blamed on nature. It is man-made and solutions to the problems cannot be hanged on prayers but largely and definitely on human efforts. The efforts and the outcome depend on the appropriate allocation and use of human resources. Economic theory rightly teaches that labour productivity is the most important element that robs off on capital and other factors of production. The continent is blessed with important mineral resources, including oil, zinc, iron ore, and steel, diamond, just as huge expanse of lands for agriculture, animal husbandry, fishing, and other non-mineral resources. These are aside from huge population comprising mainly youth who are being lured by governments of developed countries to assist them in bridging the labour gaps in those countries.

By all standards, given the diverse and quantum of human and non-human resources in Africa, the massive poverty among the populace, low technological advancement, high level of unemployment and large number of poor countries on the continent should have neither roots nor depth. We can recall the lively issues of technology transfer from the foreign industries that were flocking to the continent in the 1980s. During that period, foreign direct investments were being encouraged all over Africa on the grounds that the transfer of technology was the outcome of such FDIs in Asia in the 1970s. The results were not the same and the raison d’étre can be hinged on the high literacy level in Asia, as against high illiterate concentration in Africa.

Thus, we go back to where we stepped down last week on this topic. Education was at the heart of the discussion for emancipation and unleashing enduring development on the African continent. What we did not emphasise was the nature and kind of education required. The African Parliament has a major role to play in declaring education in Africa as emergency; that the current level of illiteracy on the continent is unacceptable and the budget provision by GDP must meet the United Nations’ recommendation of 26 per cent.

The share of the poorest children out of school in some countries is staggering. Statista.com gave the 2020 figures for some African countries with West Africa dominating being led by Mali (78%), Niger (77%), Nigeria (74%), and Guinea(73%). Sub-Saharan Africa has the highest illiteracy rate in the world with countries in East and West Africa having the largest number as well as the highest level of poverty, even in terms of basic needs like health, malnutrition, poor education and electricity. These are the youths that are supposed to take over production and consumption in the near future! Given the current (2022) population of Nigeria according to ‘worldometer’ at a little over 217 million and with youths taking up over 70 per cent or 151 million, the huge data on out-of-school recorded for Africa is Nigeria dominated.

Records from theglobaleconomy.com show that public spending on education as a percentage of GDP in 2020 based on 40 countries was around five per cent which according to Brookings Institution, quoting African Development Bank sources, is the second highest of any region in the world. The highest value was from Namibia at 9.48 per cent while the lowest value was 1.88 per cent. The education/GDP ratios for some countries are quite encouraging and this is particularly true of countries in Southern Africa where we also have the lowest poverty level. For South Africa, except in 2008 when it was around 17 per cent, it hovers between 18 per cent and 20 per cent. Nigeria, on the other hand, has less than 10 per cent ratio with allocation below six per cent in 2022. The continent as a whole has the lowest education spending efficiency in the world. The reports show that the efficiency score at the primary school level was 58 per cent and the secondary school level was 41 per cent. Both are 20 per cent lower than the second worst performing region.

The issue of what kind of education is even more important. The choice between humanities and science has been in the front burner for long. Most African school children and youths have a preference for humanities over science. They choose music, entertainment generally, religion and commercial subjects like economics, business administration, accounting and political science at the tertiary level. They are more interested in what brings in money quickly as if they are in hurry to get out of poverty unleashed on them by their governments through greed, incompetence in governance, policy summersaults and massive corruption. At the end of the day and like it is common in Nigeria, a house is incomplete without a shop for buying and selling; factories are being turned into religious centres and cinemas while land for agriculture has been acquired and occupied by land grabbers for speculative purposes. The education Africa needs must be based on science, technology, engineering and mathematics or medical.

The investment Africa needs should be on industrialisation rather than warehouses. Industrialisation must be based on what Justin Lin referred to as comparative advantage following that is built around available raw materials such that production would be for local consumption of what we own and produce, and, exports of what we own with value additions. Africa should stop exporting raw materials without some value addition and stop importing goods that can be produced locally. That is what countries outside Africa do.

The Asian and Latin American countries benefited from technology transfer in the process of attracting FDI because of high literacy levels in those countries while Africa lost out. If Africa is to achieve the objectives of Agenda 2063, massive meaningful science education up to the tertiary level with practical content must start now. Education at the tertiary level in particular will involve interaction with the rest of the world. This implies that African counties must be ready to offer scholarships to their citizens to study abroad for proper interaction and integration into the science and technology world. No one is going to bring technology to your doorstep. We have to go all out to learn, imbibe and possibly ingest the rudiments of science and technology for adaptation to home needs as the Chinese did.

Many African leaders think they cannot dictate the kind of FDI they desire. This is not true. In promoting FDIs, it is desired that a country gives an indication of the kind of industries it intends to attract and go for it. The kinds of industries have to do with the level of technology, level of capital intensity, level of raw materials available with and participation by locals in management. Many industrialists are desperately looking for environment to invest and countries should not be desperately looking for investors that will exploit them. African counties with high population need labour intensive industries and will need to insist on that. China, for example, promotes labour-intensive industrialisation at home to cater for the employment of its huge population while it promotes capital-intensive abroad.

The idea that tax revenue and saving in Africa are too low and the need to tax people more or force saving is anti-growth. Both taxes and savings are derivatives of income. Thus, what African counties should work on is how to improve people’s income in the first place and how to improve the method of tax collection in order to widen the tax net. Tax and saving are withdrawal from the economic system which implies that they cannot generate growth until they are spent in form of government expenditure and investment respectively. Heavy taxes curb consumption, which affects the demand for goods and the need to expand business, generate employment and more revenue. African counties must watch out and analyse imported solicited and unsolicited recommendations before implementation. Africa has enough resources to make us stand shoulder to shoulder with other continents and no outsider can love us more than ourselves. Let us depend more on ourselves.