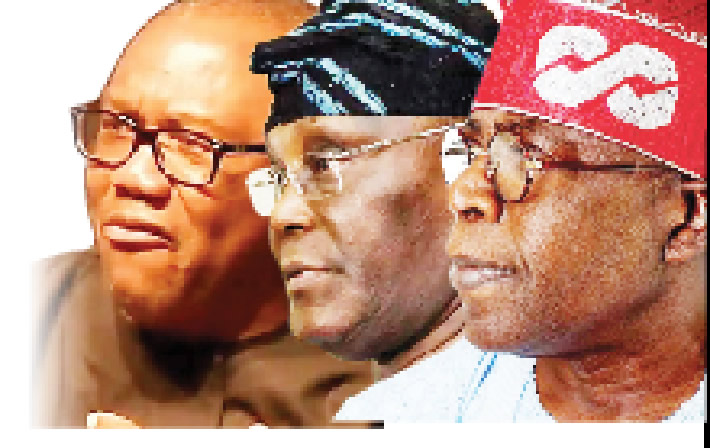 DIRISU YAKUBU examines the place of debates in the nation’s electioneering process and why some presidential candidates do not rate them highly..

Political debates are what they are; engagement/interactive sessions between seekers of elective offices and eligible voters. But beyond this, debates offer incredible mileage to both parties as politicians often use the opportunity offered by debates to simplify their manifestos and programmes for ease of understanding by their listening public. In most cases, undecided voters pit their tent with candidates after listening to them answer questions on critical infrastructure, economy, national unity and more.

In developed nations, particularly the United States of America, debates have played critical roles in the emergence and failure of most presidential, governorship and parliamentary candidates in elections conducted several decades ago. No one will forget in a hurry how Bill Clinton’s mastery of issues propelled him from governor of the State of Arkansas to the United States of America Presidency. Same rings true of Barack Obama who like Clinton won back-to-back presidency of God’s own country.

Following the return to democracy in 1999, debates became part of the political process in Nigeria. However, unlike in saner climes where high-stake intellectual depth is the order of the day, debates rarely come to play in this clime as candidates who go on to win elections hardly attach meaningful importance to the audience who gather to listen to them.

Former President Olusegun Obasanjo was not known to have participated in any debate as he often found multiple reasons to be absent from public gatherings where he would have been grilled.

When he first ran for the Office of the President in 2011, Goodluck Jonathan had ample opportunity to tell Nigerians the policy thrust of a government he had in mind of running. A presidential debate series organised by the NN24 (now defunct) was that opportunity but the once shoeless kid turned down the invite as the Jonathan/Sambo Campaign Organisation said Jonathan couldn’t attend  the debate because he was billed to appear at the Nigerian Election Debate Group – organised public outings for presidential candidates.

In 2015, candidate of the All Progressives Congress, Major General Muhammadu Buhari (retd.), failed to show up at the series of debates organised by the Broadcasting Organisation of Nigeria, as the then spokesman for the media committee of APC, Garba Shehu, said his principal’s decision not to feature in the debates was as a result of “unhidden bias and campaign of calumny by some key organisers of the programme against the corporate political interest of the APC and its candidates”.

This was to play out again when he sought re-election in 2019. In one of the Broadcasting Organisations of Nigeria-organised debates, Atiku Abubakar, the PDP presidential candidate was physically present at the venue but refused to make an appearance because his APC counterpart, Buhari, was absent at the event.

“We came here for a presidential debate, not a candidacy debate, and I, Atiku Abubakar, cannot challenge or question an administration where the man at the helm of the affairs of the nation is not present to defend himself or his policies. After all, you cannot shave a man’s head in his absence,” Atiku said way back in 2019.

In October this year, the candidate of the New Nigerian Peoples Party and former governor of Kano state, Rabiu Kwankwaso, had reasons to skip the public dialogue organised by the Arewa Joint Consultative Forum in Kaduna, saying organisers of the dialogue had already endorsed another northern candidate for the 2023 presidency. Exactly a week ago, candidates of the two major political parties, the PDP and APC, Atiku Abubakar and Bola Tinubu, respectively shunned the town hall meeting organised in Abuja by Arise TV in partnership with the Centre for Democracy and Development.

As usual, it was a tale of excuses from the camp of the political heavyweights, who, rather than engaging the audience in real time, elected to pursue other concerns they deemed more important. So, why do politicians in this part see debate in this light? What gives them the confidence to head to elections without robust engagement with the electorate?

The National Publicity Secretary of the Young Progressives Party, Egbeola Wale-Martins, in an interview with Saturday LENTORLITENEWS, came hard on the two major political parties, blaming them for what had become a culture of evading debates in Nigeria.

He said, “Nigerian politicians, especially presidential candidates of the Siamese twins, ‘the PDP and APC’, have become so entitled, believing that it’s going to be business as usual and forgetting that there is a new electoral law in force making the votes of Nigerians to now count, hence the need to convince the electorate on why they should be voted for.

“This is not the first time as they have been in constant habit of avoiding debates because they have nothing to offer, having failed in the last 23 years and it’s for the lack of anything better to offer that makes them to avoid the electorate who now understand their deception and their empty rhetoric that has brought Nigeria to this sad state.

“Sadly, it’s still the same strategy; lies and propaganda, that Nigerians have been exposed to in over two decades and are ready to express their anger through the ballot come 2023 against those responsible for their past.”

Human rights lawyer and political commentator, Frank Tiete, agrees with the YPP spokesman, stressing that the presidential candidates could afford to avoid debates or town hall meetings because they were aware that such exercises were inconsequential in determining the winner of a presidential election. He added that President Buhari demonstrated that he didn’t need to participate in organised debates to win.

“The Nigerian polity and electorate in general are not yet politically educated enough to appreciate and allow the outcomes of a debate to sway their electoral decisions. Frontline candidates know the insignificance of political debates in determining wide acceptance. It is the fringe candidates that usually want to use such debates and town hall meetings to sell themselves,” he said.

On his part, a public affairs analysts and security expert, Jackson Lekan-Ojo, gave a lucid illustration of the likely reasons some politicians avoid debates in the build-up to elections.

“What I want Nigerians to know is that there are some serious questions they may want to ask. Most of these big politicians are barely intelligent and even educated. There are issues of morality too. Rather than go there and give wrong answers, they stay away to avoid embarrassing themselves and their families.

He continued, “Right from the beginning of the preparation for 2023 presidential election, Bola Tinubu has never been available for any of these debates or interaction with the public. He said it and I quote him, ‘I am going to be the President of the people and I am not aspiring to be the president of a debate either television or newspaper.’

“Last week, Tinubu did not travel out of the country but Atiku did. One of the presidential candidates, Rabiu Kwankwaso, commended Atiku for sending Okowa and concluded by saying that he (Atiku) did better than Tinubu, who, though was in the country, failed to attend, alongside his running mate, Kashim Shettima.

“Someone like Tinubu cannot attend a public debate. There is no way he can come to all these public debates on Arise TV, Channels TV or his own station, TVC. He knows that these stations are being monitored all over the world. What is he coming to say? How is Tinubu going to handle the issue of his primary and secondary schools’ (certificates) controversy and all that?”

In his contribution, human rights lawyer and political analyst, Abdul Mahmud, said politicians believe they could rig their way to victory, hence their decision to rate debates very poorly.

President, Women Arise, Joe Okei-Odumakin, on her part, said as good as debates are, they have not been deemed to have played a part in electoral outcomes, particularly in Nigeria.

“Debates are good. They show how the candidates perform on the trot. Answering hostile and tricky questions under stress is quite good, but how many candidates have become presidents in Nigeria because they excelled in debates?

“If we valued erudition as such, someone like Pastor Tunde Bakare should be in the race, Fela Durotoye should be in the forefront, but we don’t value these things. The query over debates is the expression of disappointment because two of the frontline candidates are not presenting enough faux pas to use as negative trends.

“I also know that candidates will play their weaknesses down and play up their strengths. I do not believe debate is our key decider here. Even in the USA, Trump abused and cursed his way to the top. He had lying Ted Cruz, little Marco Rubio, low energy Jeff Bush and people were cheering him on. He wasn’t debating. I would wish they turned up, but let’s not deceive ourselves that we have lost something. We should focus more on preventing rigging,” she counselled.

Lending his voice to the conversation is Jide Ojo, renowned columnist and public affairs analyst. In his words, “Many of these politicians use the opportunities of debates to woo undecided voters. The culture of debates is being gradually entrenched in Nigeria. Debates started in 1999, but the mindset of an African politician is that debates are of no use to him.

“Historically, Obasanjo did not attend debates. Buhari and Jonathan did not attend too but they won their elections. This shows that without debate, victory is possible. However, in democracies across the world, we have seen that there is a lot of value for someone who attends a debate. Unfortunately, the law does not compel any candidate to attend a debate. In as much as the law is not there to compel them to attend political debates, some politicians will continue to shun debates.”

Speaking, the Chancellor, International Society for Social Justice and Human Rights, Jackson Omenazu, said it was wrong for presidential candidates to avoid debates, adding that such act was an affront to the sensibilities of Nigerians. According to him, presidential candidates should feel free to tell Nigerians their minds so that they (Nigerians) will be able to assess them and make a choice for the betterment of the country.

“If a presidential candidate cannot stand and tell Nigerians about what he or she wants to achieve in the next four years and the reason why Nigerians should repose confidence in him, but believes it is not necessary, then the person is not worth having our votes.

“My advice to this set of candidates who deliberately avoid political debates is that they should realise that Nigerians are getting enlightened every day. They (presidential candidates) should go ahead and speak their minds on the plans they have for the country. They should not avoid debates. What I know is that those who refuse to come for the debate will sit back at home to steal the intellectual property of those who went for the debate. That is wrong,” Omenazu added.

As it were, it is not clear if Atiku and Tinubu will ever square up against each other in a debate, if only for Nigerians to discern who between the two has the most assured preparedness for the job they desperately seek.