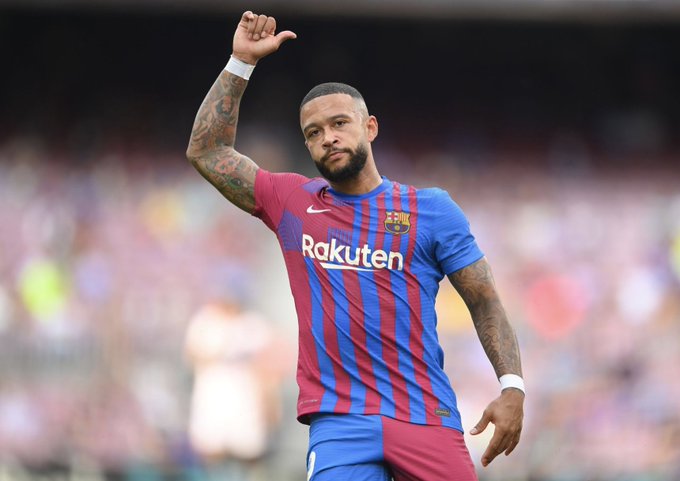 Barcelona are sweating on the fitness of defender Jules Kounde and forward Memphis Depay after injuries with their national teams on Thursday night.

Kounde suffered a thigh problem in France’s 2-0 Nations League win over Austria, while Depay suffered a similar injury in the Netherlands’s triumph over Poland, by the same score.

Barcelona face La Liga leaders Real Madrid in the Clasico on October 16 and Kounde will be in line to start the game, as long as he is fit, amid a packed run of domestic and European dates before the World Cup.

The French defender has played a mixture of right-back and centre-back for Xavi’s team since joining in the summer from Sevilla, quickly establishing himself as a regular starter.

Depay has been more of a squad player but did score in the last match before the international break, a comfortable 3-0 win over Elche.

“It’s a shame that Memphis had to go off with this injury, it doesn’t bode well,” said coach Louis van Gaal. “I don’t see him playing against Belgium.”

Another Dutch Barcelona player, Frenkie de Jong, also came off against Poland in Warsaw with a minor concern but should be fit.

“(He) was taken off out of precaution. He was feeling tension in his muscles which is why I took him off,” added Van Gaal. “But he told me that he expects to play against Belgium.”