China doubles down on coal spending 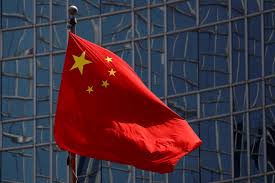 China has stepped up spending on coal in the face of extreme weather, a domestic energy crunch and rising global fuel prices – raising concerns Beijing’s policies may hinder the fight against climate change.

The country is the world’s biggest emitter of the greenhouse gases driving global warming, and President Xi Jinping has vowed to reduce coal use from 2026 as part of a broad set of climate promises.

Beijing has committed to peaking its carbon emissions by 2030 and achieving carbon neutrality by 2060.

Overall carbon emissions in China have fallen for four consecutive quarters on the back of an economic slowdown, research reported by climate monitor Carbon Brief showed in early September.

But at the same time, slowing growth has led authorities to rely on smokestack industries in an effort to boost the economy.

The push to shore up coal power – which still makes up most of China’s energy supply – has alarmed analysts who warn that it will make an eventual transition to a renewables-dominated energy mix more difficult.

Spooked by an energy shortage last autumn, Chinese authorities in spring ordered coal producers to add 300 million tonnes of mining capacity this year – the equivalent of an extra month of coal production for the country.

In just the first quarter of 2022, regulators endorsed the equivalent of half the entire coal-fired power plant capacity approved in 2021, according to Greenpeace.

Authorities have also burned and mined more coal in recent weeks in order to meet increased air conditioning demand and make up for shrunken hydropower dams during China’s hottest-ever summer.

Premier Li Keqiang in June called for “releasing advanced coal capacity, as much as possible, and implementing long-term coal supply”.

The independent Climate Action Tracker warns that even the “most binding” climate targets laid out by Beijing would be in line with global warming of between three and four degrees Celsius before the end of the century — well above the Paris Agreement’s goal to limit global warming to 1.5C.

To meet that goal, it said, China would “need to reduce emissions as early as possible and well before 2030” – as well as “decrease coal and other fossil fuel consumption at a much faster rate than currently planned”.

Beijing’s unwillingness to let go of coal stems partly from inefficiencies in its power grid that prevent surplus energy from being transported across regions.

Coal and gas give local officials a ready source of energy and are, in practice, “the only way for local officials to avoid power shortages”, energy researcher Lauri Myllyvirta wrote in a Carbon Brief report.

China has made real progress in building up renewable energy capacity.

The current operating solar capacity in the country accounts for nearly half the global total, according to San Francisco-based non-governmental organisation Global Energy Monitor.

But unlike wind or sunlight, stockpiles of coal and gas can be held for long periods of time and deployed as needed, giving local authorities a sense of security.

Yet, building more coal facilities means less focus on fixing problems with the grid, Myllyvirta said in comments to AFP, warning plant owners would be motivated to “slow down the transition as they will have an interest in making use of their brand-new assets”.

At the same time, the central government wants to “avoid large-scale blackouts, which we witnessed last winter in the northeastern provinces, in this politically crucial year for Xi”, Byford Tsang, senior policy adviser at climate think-tank E3G, told AFP.

President Xi is expected to secure an unprecedented third term in power at a major Communist Party meeting next month.

Tsang said skyrocketing international energy prices driven by the Russian invasion of Ukraine also pushed Beijing to shore up domestic coal production, pointing to a 17.5 percent drop in coal imports in the first half of this year compared to a year earlier.

Expanding coal capacity as a quick fix, however, goes against “immediate annual cuts in coal use that the UN and leading research organisations have called for”, GEM analysts said.

GEM said all of China’s proposed new mines could together emit as much as six million tonnes of the greenhouse gas methane each year once operational. That is roughly equivalent to the annual methane emissions of Austria, according to World Bank data.

“The longer we wait to transition, the steeper the transition pathway becomes,” Wu said. “That means more disruptive and higher risk, financially and environmentally.”