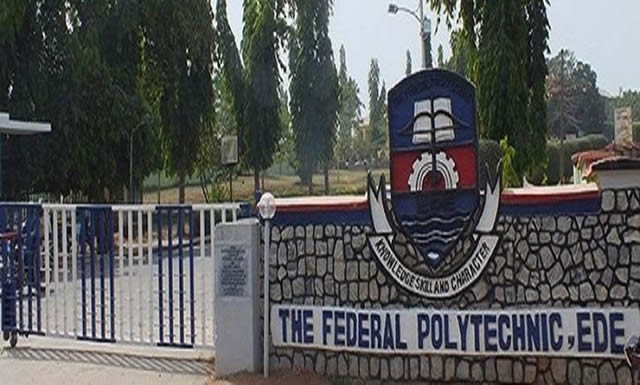 Students of the Federal Polytechnic, Ede, Osun State, Thursday, shut the two main entries to the campus of the institution in protest following the ban on students bringing vehicles into the school premises.

The protesters, who prevented the staff members of the institution from entering the campus with their vehicles, refused all entreaties to open the gate by principal officers of the polytechnic.

They carried placards with many inscriptions condemning the ban on students from bringing their vehicles into the campus; saying the development had led to hardship for them.

The students also rejected the ban on commercial motorcycles from entering the campus and demanded that the Chief Security Officer of the institution be removed.

But while reacting to the protest, the management of the polytechnic, in a statement signed by the registrar, Mr T. Agboola, said the decision had been lifted but urged the students to be law-abiding.

“In view of the above, students’ vehicles and motorcycles are now allowed into the campuses. However, they should maintain law and order.”