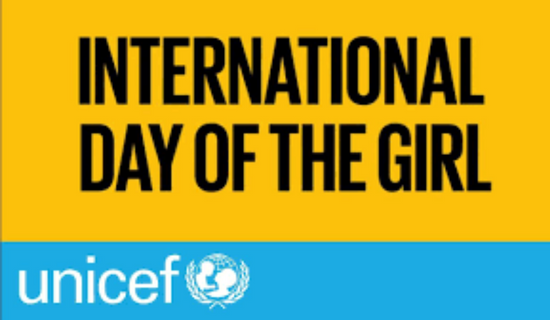 In commemoration of International Day of the Girl Child, media entrepreneur, author and Chairman of the AW Network, Adebola Williams, has stepped up efforts at advancing the course of women and the girl child in Africa by embarking on a series of female gender-focused activities.

Starting from Nigeria, Williams organised a private screening of the blockbuster movie, Woman King, hosting the Consul General of France, Laurence Monmayrant, with girls from ten selected schools across Lagos.

Williams said, “The world always tells women who they can be; it always wants to control women. It is, therefore, important that we have stories and symbols that show what you can become.”

He gifted the girls copies of his riveting book African Power Girls. Williams authored the book to inspire and empower a new generation of young girls.

He explained, “The reason why I wrote this book and the reason why I have shown you this film today is that I want you all to know that there is something great in you, and if you can express it, you will be a true African Power Girl.”

Also, Williams spoke at the 2022 African Philanthropy Forum Conference in Kigali, Rwanda. He mentioned ways men can help close the gender gap while further highlighting the power of storytelling.

“What society glorifies multiplies. We must amplify these stories that litter our history and daily existence to correct these anomalies in the perception of women.”

Speaking further,  he said, the role men have to play in advancing the cause of women and girls around the world, he mentioned that they need to be bold with their support for women, give women credit for their work, model the balanced world they want to see at home for their children (boys and girls) and demand for women inclusion whenever they see odd setups from boards to councils and posters for events and meetings.

Meanwhile, at a separate engagement in Casablanca, Morocco, Williams engaged fellow Choiseul Laureates at the Choiseul Africa Business Forum on closing the gender gap in all their areas of influence. He also secured partnerships to amplify his book’s poignant message.

According to him, there are plans in the pipeline to produce animations, movies and other forms of storytelling that will radically push the message of equality and woman-power.

Furthermore, he hinted that strategic partnerships are being finalised to translate these modes of storytelling into other major languages, including French and Swahili, to achieve a wider continental spread.

However, Williams believes that centring women worldwide  especially on the African continent, where there is widespread discrimination, oppression, and abuse will go a long way in accelerating global growth and development.

He said, “I have chosen to dedicate considerable efforts to sensitise people on the imperatives of raising the next generation of African Power Girls using the power of storytelling.”