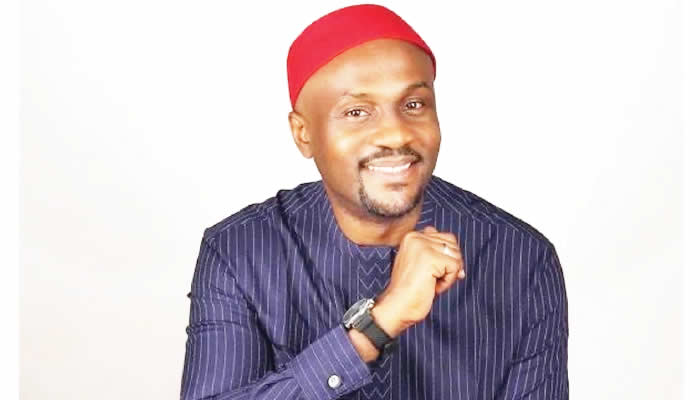 The family members of the abducted Labour Party governorship candidate in the Anambra State 2021 governorship election, Obiora Agbasimalo, are worried over the continuous silence of both the police authorities and the party.

Agbasimalo was abducted on September 18, 2021, during a campaign tour at Azia, Ihiala Local Government Area of Anambra State.

Speaking to our correspondent on Tuesday, the politician’s mother, Dr Ada Agbasimalo, lamented that no tangible thing has been done or heard from the appropriate agencies one year after her son’s abduction.

She said the situation had become a source of worry for the family members, adding that they deserve to know the actual position of things as it were.

Dr Agbasimalo appealed to security agencies, including the Inspector General of Police, Anambra State Government, and the Labour Party, to help see to her son’s release and return home.

With a teary voice, she said her son’s abduction had dealt a devastating blow to all the family members, especially the wife, who she said has remained a shadow of herself since the incident.

She explained that her son, a chartered accountant, was working at Zenith Bank Plc in Lagos before his uncle, Godwin Agbasimalo, popularly called “Oga ndi oga”, offered to finance his election campaign for the governorship aspiration in 2021.

She said the family had “painfully” remained resolute not to give up in waiting for the return of Obiora Agbasimalo since no one had told them if he had been killed or not.

She said, “I am Dr (Mrs) Ada Agbasimalo, mother of Obiora Agbasimalo, who was the Anambra State Labour Party governorship candidate in 2021. We are agonised because since Obiora was kidnapped in 2021, no tangible thing has been heard by the family.

“One of his party members and a clansman by name Chukwudi Odimegwu was said to have driven him straight to the abductors. They were neither waylaid nor ambushed. They were heading to Azia in Ihiala LGA from Ezinifite in Nnewi South LGA of Anambra State.

“Since then, we have not heard from him or seen him. This has brought upon us severe agony, sadness, suffering, pain, distress, and hardship.

“We have nobody to rely on but Almighty Jehovah God. The Maker of all things. Our hope is not lost, knowing that there’s nothing impossible for God to do.

“The family promised not to give up in waiting for the return of Obiora Agbasinalo. And Clement Ojukwu was the Anambra LP rally organiser, convener, and purchaser of items. He used to tell me that he had contact with those holding my son, Obiora. He always told me that they asked him to go and pick Obiora from so, so and so place, by so, so and so time.

“But he never came back with Obiora. I stupidly trusted him and was hoping upon hope. He told us he was working with the security agencies to locate my son, all lies. Now he is jumping up and down with the renewed LP while my son is still being held. It is so so appalling that no one is talking about Obiora anymore.”

The wife of the kidnapped politician, Eucharia Agbasimalo, who spoke on the telephone, said, “My children and I have been in traumatic pain for a year now. Whether my husband is dead or alive, no one knows and no one is telling us anything anymore. Who kidnapped Obiora and why was he kidnapped? No one is answering.”

“The conspiracy of silence from the party, the security agencies and even the state government is a serious course for concern. They are doing as if nothing happened. It shows that life is valueless in this country. His children ask me his whereabouts everyday and I keep telling them that their father will come back soon.”

When contacted on the telephone for a reaction, the Anambra State Publicity Secretary of the Labour Party, Mr. Clement Ojukwu, did not take his call.

Also, the Labour Party National Chairman, Mr. Julius Abure, when contacted for his reaction on the matter, simply said, “I have no reaction on that for now,” and dropped the call.

However, the state police spokesman, DSP Tochukwu Ikenga, said the matter was before the police force headquarters and they are handling it.

“The police high command has taking over the case and it is before the Force CID headquarters. So, it is the Force headquarters that will respond,” Ikenga added.