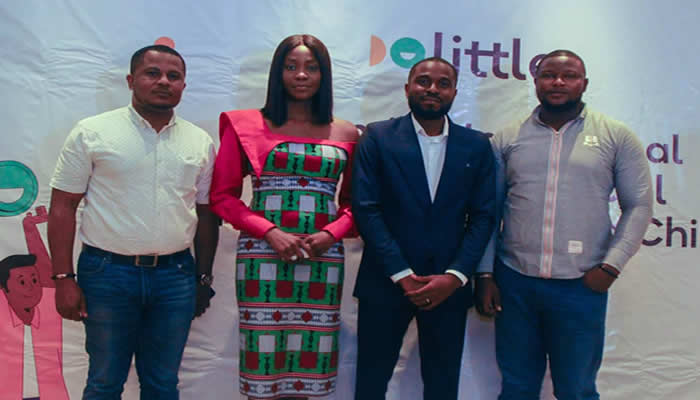 A fintech company, Schoolable, has said its newly introduced application solution, ‘Little’, will allow parents and guardians to seamlessly give their children and wards pocket money as well as monitor their spending habits.

According to the Chief Operating Officer, Schoolable, Angela Essien, at the unveiling of the card app.

Little would catch them young with its offering by bridging the gap between financial education and financial independence.

According to her, Little is a solution that allows parents to seamlessly give their children pocket money and it comes with a debit card for children.

Essien said, “Little is essentially a pocket money card. It comes with a personalised debit card with a security pin, for children aged nine and above to use and a mobile app for the parents to send money, monitor and set boundaries.

“Parents with children can deposit money into this wallet and their kids have access to it for needs within and/or outside school premises. With these cards, kids can make tuition payments, buy food and snacks, and withdraw cash.

“Little app allows parents to limit the places where the card can be used and block inappropriate transactions, and also provides convenience for parents with children in boarding schools as they no longer need to travel long distances to provide money for their children.

“Parents can also stay up-to-date on how much their children are spending as transaction reports are sent directly to them.

She added that Little was in partnership with Parkway’s e-wallets/Virtual accounts infrastructure to verify user information and transaction details.

Also speaking on the benefits of Little, Co-founder of Schoolable, Henry Nnalue, added that it was a financial literacy app for children, saying it would give them early access to money management which was an essential life skill.

“Other benefits of using the card for transactions are that it eliminates problems like bullying and stealing. These cards also eliminate the need for cash and therefore stealing as your child performs all their financial transactions via card and they simply don’t have money to be stolen.

Also speaking on the technology, Managing Director, Parkway Limited, Mr Emeka Onwuka, said that the Little app was one way to explore its e-wallet infrastructure.