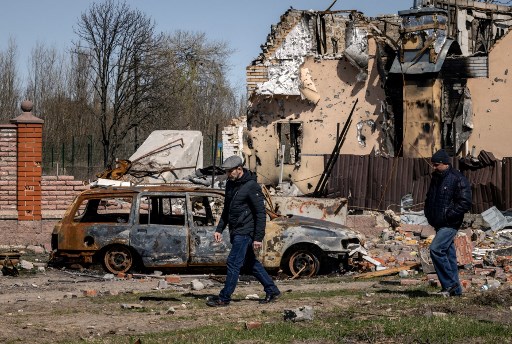 Fresh Russian strikes hit cities across Ukraine, on Thursday, officials said, the latest in a series of attacks that have crippled Ukrainian energy infrastructure.

“Two cruise missiles were shot down over Kyiv. Information about any casualties and damage is being clarified,” Kyiv regional officials announced.

Officials in the central city of Dnipro and the Black Sea hub of Odessa also reported Russian strikes.

“They are shelling our gas production and our enterprises in Dnipro,” Prime Minister Denys Shmygal said at an economic forum in Kyiv, the Interfax-Ukraine news agency reported.

The latest wave of attacks came as AFP journalists in the capital Kyiv, which has been suffering from scheduled and unannounced electricity cuts, said it was snowing for the first time this autumn.

Ukrainian energy company Ukrenergo
warned on Thursday about power outages throughout Ukraine, as consumption increased due to temperatures falling sharply.

Power outages are “necessary measures to maintain the stability of the energy system after the sixth targeted missile attack” on energy structures, the company said in a statement.

The Kyiv regional governor this week warned the situation could become “difficult” and that temperatures could drop to minus 10 degrees Celsius (14 degrees Fahrenheit).