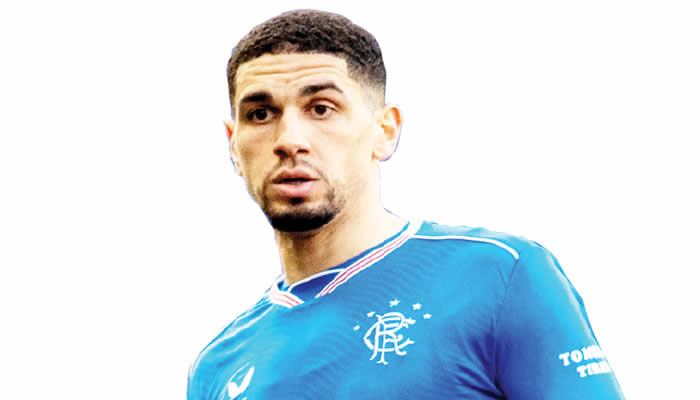 Barely three months after leaving one Rangers for another – Glasgow Rangers for Queens Parks Rangers – fans of the Scottish giants have lamented the exit of Nigeria international, Leon Balogun, LENTORLITENEWS Sports Extra reports.

Balogun became a free agent after his contract with Rangers ended last season, with the Scots unwilling to renew his contract despite his impressive performance last term.

The Super Eagles defender would then agree to a one-year deal at Loftus Road.

Since joining QPR, the 34-year-old has hit the ground running and has helped the English Championship side keep two consecutive clean sheets, with manager Michael Beale praising the impact of the Nigerian since he joined the club.

“Big credit goes to the team (for keeping two clean sheets in two games). But obviously, Leon Balogun coming in is significant,” the manager said after their game against Stoke City over the weekend.

“His coming in has given us an experience and I’m not going to say hope, because he won’t like that, but he is an experienced head in the back four.”

Balogun also took to Twitter after the game to express his delight at making his first QPR start.

Reacting to the post by the defender, a host of Rangers fans admitted they missed the Nigerian.

“We miss you at the Real Rangers mate,” Scott HamTillman said.

Taking a swipe at QPR, Declan Gemmell wrote, “You are at the wrong rangers.”

Scott tweeted, “Well done big fella, wish you were with us. You lads have got a good defender and a great manager. All the best champ.”

Appreciating the Nigerian defender, Triedstones wrote, “You had a great game, Leon. You always give 100% every time you play football for club and country.’’

“We wish you an injury-free season and promotion for QPR.”

SpragginsRFC said he was glad to see Balogun enjoying himself again.

“Glad to see you’re enjoying yourself big man. I really miss you.”

Kenny Roy wrote, “Wish you were still at Rangers FC but glad to see you back with Michael Beale and doing well. Some signing they have got.”

Another Rangers fan GJ Penman hopes Balogun will someday return to the club.

“Good luck to you and your manager with the onward journey – come back home to the ‘family’ someday,” he wrote.