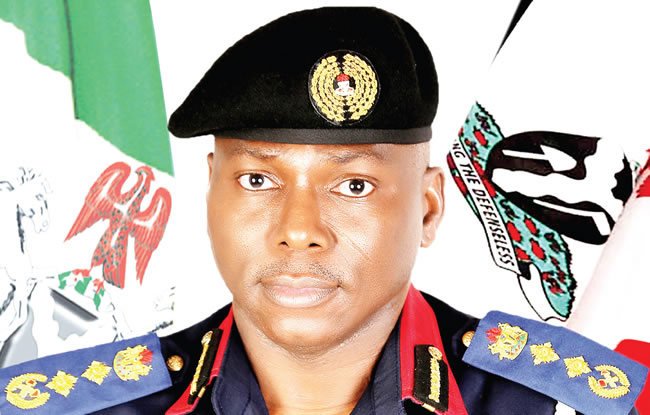 A group under the aegis of Coalition for the Development of Nasarawa State has lauded the efforts of the Nigeria Security and Civil Defense Corps, in protecting the country’s assets.

Speaking during a press conference in Lafia on Tuesday, Vice Chairman of the group, Namo Akpomoshi, said the NSCDC since the emergence of the Commandant-General, Ahmed Audi, had played pivotal roles in the entrenchment of good governance and peace-building initiatives to ensure steady growth and development of the nation.

Akpomoshi said before Audi’s appointment, there had been issues of vandalism in Nasarawa State and other states of the country but the efforts of the Commandant-General and his team were speedily addressing the issue.

He commended the Nasarawa State Governor, Abdullahi Sule, for partnering with security agencies in the state to tackle issues of insecurity across the 13 Local Government Areas of the state.

“This coalition is an association that is registered with the Nasarawa State Government. Our aim is to promote peaceful coexistence, unity and access development progress of government in Nigeria.

“The NSCDC under the leadership of Ahmed Audi has been able to show capacity, commitment and professionalism in the discharge of their duties. The issues of vandalism have been greatly reduced across the country, so we feel that the Corps is worthy of commendation.

“Among other giant strides that he had recorded, the Commandant-General also recently approved the establishment of an NSCDC training school at Udege community in Nasarawa LGA of the state, which will ensure rapid development around the area.

“We want to express our gratitude to President Muhammadu Buhari for appointing an indigene of Nasarawa state to head the NSCDC, and we will continue to pray for the success of his administration,” Akpomoshi added.