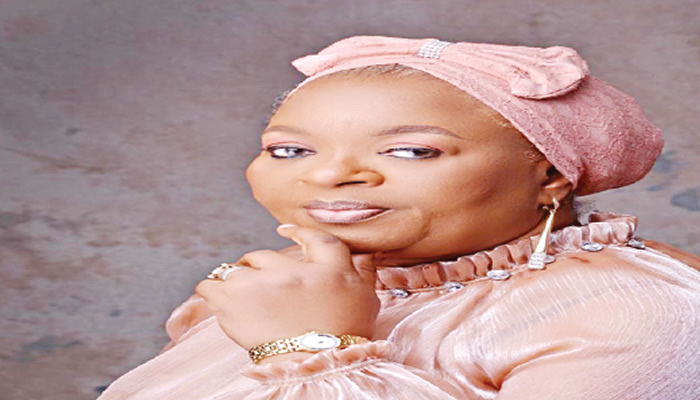 Justice Serifat Solebo will surely be missed by all as she bows out of the Lagos State judiciary on Friday. Justice Solebo served in various judicial capacities between 1999 and 2022, both as a Magistrate and High Court Judge. She spoke to Onozure Dania on her journey to the bench and other sundry issues.

What inspired you to become a lawyer, before you went to the bench?

I never intended to be a lawyer. I was born to parents who were traders, successful traders and my environment was full of successful traders and, of course, we grew up with silverspoon. There was so much to live for and with so the dream was that I wanted to be a successful trader like my parents.  I went through primary school and secondary school; I told myself after this that I am educated enough to run my own business. Of course, my parents wanted something better so I had to work at the Department of Post and Telegraph as a poster clerk. I was there for two and a half years. Then I had my daughter, thereafter my parents sent me to England to go and do a one-year crash course because they wanted me out of Lagos just to be sure I could reset my brain to do something different.

I came back and started working as a confidential secretary. I worked with Elder Dempster Agencies (Nig) Ltd, Apapa on return from London and then ITT Nigeria Limited, that’s the Abiola’s company, and I went back to business. I was so glad, I thought I was resuming my career but fate took me to the doorstep of the office of the late Chief Bola Adedipe & Co, a firm of solicitors and barristers. When Chief Adedipe interviewed me,  he was like “Seri, you are too brilliant to be an ordinary secretary” so right from the first day, he kept insisting I must go back to school; that I needed to go to college and read something but I was so engrossed in my own plan and design that I thought what was this man saying; me, I’m looking for money.  And what took me to Chief Adedipe because I left ITT and I was into trading. I was taking goods from the Nigerians, supplying something at Apapa at that time, and in Marina. We were doing well until the Muhammadu Buhari regime came and they said we were hoarding; so shops were forced open, and goods were sold, according to them, to control prices. Those were prices I didn’t even buy at. I was devastated and one of my friends advised me to keep business aside and go back to the office. And that was what led me to Chief Adedipe for four or five years.

So eventually I went back to university. And how did it happen? One Friday afternoon when Nigeria’s economy was booming I was on Broad Street when I saw a classmate of mine who was running towards PZ; we exchange pleasantries and I was like where are you off to; she said I’m off to Unilag. What for? She said, I’m already a deputy director and by next year I’ll be a director and, you know, the seat of director or MD will be reserved for the Northerners so they would shove me out of job (and we were still in our 30 something at that time) so that by 38, 40, she’ll be out of the job. So what would she be doing? That was how she said she wanted to read law part-time so that when and if it happens, she would have something to fall back to. That was the trigger I needed.

The following day, I went to Unilag to take the form for evening law, we call it evening law. It was part-time. When I matriculated and classes started and I saw Mrs. Fatimoh Rasaki, Mike Aigbe, MDs of banks, permanent secretaries and federal ministries, all of them in that class, I was like, Seri you have been foolish. These people have made money. They’re here to study and that shows that money is not everything. Even when you have it, you may not be satisfied, there would always be this quest to do something else, do something different and that was how I got into it. But up to the law school stage, I never give it any thought to what I would do with the law certificate.

Did you practice after law school?

I was still focused on making money through trading. I kept on with my life doing whatever I was doing, whether working and trading, and I was doing well. But one day, about two and a half years after we left law school, I met a classmate of mine at Unilag who was a member of staff of the High Court, she said “Seri, what are you doing?” I said I have an office at Bode Thomas and I’m into private practice solicitor work and she said that’s the problem with you Lagosians you won’t come into service and when there’s a crisis, you will start saying nobody cares about you. I said no; the courts are dirty, things are shrouded and there’s so much corruption. I don’t want to be part of all that.

The following day I met another coursemate from law school,  that was the first time since we left law school that I will meet any of my classmates; he was at Lever Brothers and he just said what would it cost you to pick the form for the service?  You remember when we were at Unilag they told us the Judicial Service Commission is in front of Island maternity; at that point we were in front of Saint Nicholas hospital. I just came out of the building in front of Saint Nicholas and the commission is just a stone throw.

In November 1999, I was sworn as a Magistrate Grade 2 and I rose through the ranks to Chief Magistrate, I was appointed the Deputy Registrar, Special Duties before my  elevation to the  High Court in March 2017.

What was one of the difficult cases that you heard and gave judgment?

I  have been in criminal courts. I don’t quite have challenges in most cases, except when I have the course to pronounce death by hanging sentence in a murder case. And also sexual offenses, which is also life imprisonment. So the challenges most times arose from where the investigation was shoddy. Sometimes my inner self knew that the accused person likely committed the offense but the law is that justice must be seen to be done. Your evidence must be such that any lay person who picks the file can say, oh, this person committed that. But most times the defendant will say, I  didn’t do it. The lawyer, in his written address, will sometimes even write something different from the evidence led just to see that his client goes off the hook.

But in civil matters, I rarely have any challenges. The challenge comes when you are to take a decision on children, family matters that has to do with children in cases were, for example, of incest. A father who ordinarily is a good husband to the wife and the children but a bad father to a particular girl; a particular daughter who he had slept with, the law is that I should give life imprisonment. What do I do? This is a breadwinner, your wife is a petty trader. They’re living in rented apartments. If I lock him up for life, who pays the rent? Where do they go? How do we move on from here? So at the end of the day, there’s no way the issue of courtroom buyers will not come in because even though the law does not say so, I must consider the interests of the other children, their education, and their welfare. So those are the kind of challenges.

I have also had one where a boy of  17 raped and impregnated a girl who was 15; where do I send the boy, where can I keep the boy? And even the principal in school came to court to let me know that he’s a brilliant student. The same thing also happened in a matter were a very brilliant boy beat a girl and the girl fell down and died. And that was just two months to the student sitting for  WASSCE, do I truncate his education?  So those are the challenges within the criminal justice system that I had during my time and short period.

What verdicts did you give to these cases that you mentioned?

The boy whom the principal and teachers came to lead evidence and the social inquiry reports attested to his brilliance, bringing his reports; though at that time it was not part of our law that we could suspend a sentence, I suspended the sentence so that the boy could sit for his WASSCE. It was at that point I became a judge. So what happened (to the case)? I don’t know.

In the case of the father who impregnated the daughter, I also was a magistrate at the time. I locked him up and while I was thinking of what to do, elevation came and that ended my interest. What happened to him thereafter I don’t know.

In the case of the one who pushed a girl that died and was a brilliant boy; the other one raped a 15-year-old, I just put all of them under the supervision. Under the law, the last resort of punishment for children under 18 should be incarceration so I directed them for counseling and I also ordered that during their holiday to come and be cutting grass within the court environment. And they did it conscientiously but I also placed him on supervision. Till the two of them are 18, because there’s no point sending the boy to jail.

Moreover, the boy at that time said it was even the girl who invited him, he slept with her , so  should I change the charge to make it look like it was the girl who raped the boy? So I punished the two of them.

After retirement, on Friday what will you be doing?

Firstly, I want to be a grandma. I want my grandchildren to feel me. By the grace of God, starting this Christmas it be full holiday; I won’t need anybody’s permission to visit my grandchildren. I am very passionate about children. I have worked with UNICEF since 2002. I have worked with the domestic and sexual violence agency since its inception. I look forward to a lot of the founders, operators of the real NGOs, and my friends and colleagues through this UNICEF. I’ve worked in the family court, called the juvenile court, and I have a good relationship with the social welfare people and  I look forward to that relationship and collaboration.

Can can you give us the number of cases you have decided on in recent time?

In October to this week, which is my last week, I would’ve delivered 21 judgments. Well-considered judgment, both civil and criminal, and of course about eight rulings. Also, well-considered and well-contested.