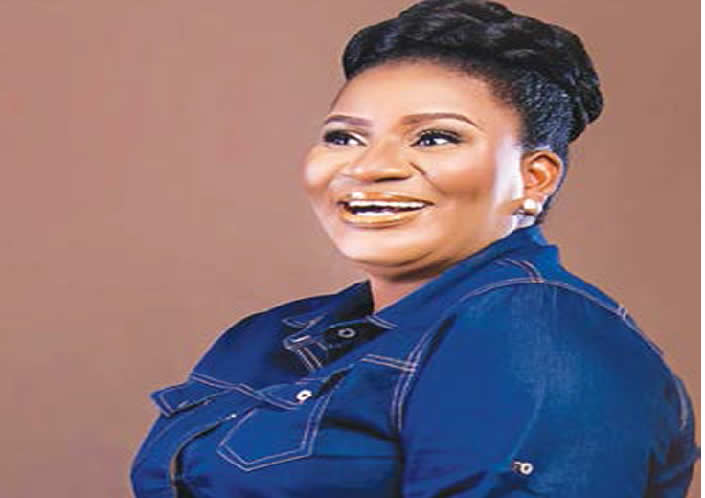 Moyinoluwa Olutayo is a Nollywood actress, presenter, filmmaker, TV content developer and media consultant. In this interview with ANTHONY NLEBEM, the University of Ibadan graduate spoke about how she liked watching Nwankwo Kanu and Daniel Amokachi during their days with the Super Eagles, and how injury ended her sports career

Are you a big fan of football?

Not really, I wouldn’t say so. I’m not a football freak. The only time I do is when I walk into a gathering and everyone is watching football and I choose to join them, or maybe when Nigeria is playing a major game.

What’s your opinion on male footballers earning more than their female counterparts?

First, I will say that profession should not be viewed from the gender perspective. What I mean by that is if you take any profession and you put it on the table, the number of years it takes a male to study a course and have a degree is the same number of years it takes a female to study the same course and have a degree. Looking at it from that perspective, then I do not think there should be any gender discrimination when it comes to remuneration. There should not be any discrimination when it comes to what the female or the male should be earning.

What’s your impression about Falconets’ performance at the 2022 U-20 Women’s World Cup in Costa Rica, where they crashed out in the knockout stage?

For the Falconets to win all their three group stage matches, I want to applaud the team and not condemn them because we know the Nigerian factor. Have all our players been exposed to all that is needed to do well at major tournaments?

Do you have a male or female footballer that you are passionate about?

My interest in football used to be in the past when we had the likes of Nwankwo Kanu, Daniel Amokachi and others during that period. But at the moment, as I said earlier, I am not a football freak, I watch them when I come across them playing.

Will you allow your children to take football as a career?

First, all my children are grown up now and none of them is in that line, but when it comes to the issue of what one likes, I would like to share with the parent that it’s the individual that earns to live a life. So, I do not want to live their lives. If any child comes up and says that he/she wants to be a footballer, my question to the child will be, is that where your passion lies? Beyond passion, do you have the capability and ability to do this? And if the answers are yes, I will give you my support, as long it will add value to the child’s life. So, if I have a child that desires to go into football or have a grandchild in future who wants to be a footballer, that will be fantastic, as long as that is where your passion lies.

Which sports did you engage in while growing up?

I did lots of sporting activities back then. I used to be a sprinter and was also good in the marathon, representing my school and the Lagos State Government in competitions up to the university level. Outside that, I did a bit of tennis until I had a twisted ankle that stopped me from playing. Right now, the only time I engage in sports is when I go to the gym. I did shot put, and long jump as well. I also participated in the Nigerian University Games Association, when I was at the University of Ibadan. It was when we were preparing for the 1988 NUGA Games that I got injured and that automatically ended my sporting activities. If not for that injury, I would have gone into sports full-time.

How would you rate Nigerian female athletes’ performance at the Commonwealth Games in Birmingham?

Tobi Amusan’s world record and the female athletes’ brilliant outing at the Commonwealth Games are the newest joy that we have as a nation. With all the sad news everywhere, the news of their performance has brightened everyone’s mood in the last few months. They did very well.

What is your view about Nigeria’s female athletes outperforming their male counterparts at recent global events?

I don’t want to downplay any gender, but the female gender is more determined and hungry for success in their careers before they get married. But for the male, right from the beginning, they are under pressure to succeed. They need to deliver on so many things at the same time. That’s one of the things that distract some of the male athletes. Although some male athletes are focused, many of them are distracted.

There is this rivalry between Cristiano Ronaldo and Lionel Messi. Who do you think is the better player?

I can’t really say who is a better player between Cristiano Ronaldo and Lionel Messi, the truth is that both players are very good and a delight to watch.

Who’s your cutest sportsman and why?

On a lighter note my husband.

Serena Williams recently indicated her desire to quit tennis after an outstanding career. For you, is she the greatest black female athlete you’ve seen?

Serena has done incredibly well in her career with lots of titles to her name. The 23-time Grand Slam honour makes her one of tennis greats. But as a sportsperson, the retirement age will definitely set in, she is 41 years and a mother. She is the best black female tennis player, proven over the years. But I can’t say categorically that she is the best female black athlete I have seen. Athletes have their own time of dominance and new stars emerge when they leave the stage.

Do you think the Nigerian government has done enough to encourage its female athletes?

Who is your best Nigerian athlete?

At the moment, I am thrilled by Tobi Amusan’s performance, she is the World and Commonwealth Games record holder, and our rave of the moment. She recently won the women’s 100m hurdles at the 2022 Diamond League Final in Zurich and has impressed so many Nigerians with her laurels.