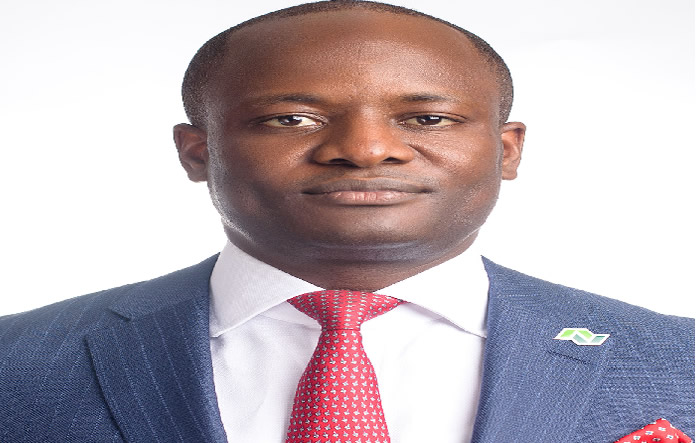 Rising inflation is making equities market unattractive to investors, especially at a time when the bearish run on the floor has remained unabated, Uthman Salami writes

Nigeria’s equity market, in recent times, has been in the eye of the storm. At the beginning of the year, equity market was on a bullish run. But things have gone south since May this year. Understandably, equities trading is not one-way traffic. It is expected to work as a trading system where buying and selling take place, according to experts.

So, should there be an issue when there is sell-off? No. However, investors and market watchers raise eyebrows when sell-offs continue unabated in the market.

The appreciation recorded from the beginning of the year to May was about 22 per cent. But the situation has completely changed.

The PUNCH had earlier reported that in a week, the stock investors lost a staggering N1.7 trillion. It also recorded its largest weekly and yearly loss in October as the All Share Index declined by 6.7 per cent to close at 44,396.73 points, the lowest since January.

In a dire attempt to rein in inflation, the Central Bank of Nigeria raised the Monetary Policy Rate to 15.5 percent, from 14 percent at the last Monetary Policy Committee meeting.

This move, stakeholders in the capital market believed, had an adverse influence on the market activities as currently being witnessed in the market.

Meanwhile, the sell-off has continued to gnaw deeper at the Nigerian stock investors. Investors are asking questions. Many of them wonder what changed between the time the market was on a bullish run and now that losses are being recorded almost every week. The cause of the downward run of activities at the stock largely remains an inflationary pressure, according to market watchers.

Just last week, based on data from the Nigerian Bureau of Statistics, headline inflation accelerated to 21.09 per cent against 20.77 per cent in September.

Food inflation maintained its upward trajectory, accelerating to 23.72 per cent with a month-on-month decline of 0.21 per cent. Core inflation similarly spiraled to 17.76 per cent in October.

This vicious economic cycle weighs heavily on equity investors as it inadvertently leaves an adverse effect on their purchasing power hence the need to sell off their assets to get more money and hedge against the inflationary trend.

Some of these assets may not be unrelated to investors’ stock.

Interestingly, yields on fixed asset such as bonds and commercial papers have remained the best bet for most investors, being an area of investment where inflation has only had a positive impact. This is because interest rate is on the higher side during an inflationary period, which favours fixed income securities.

To get a proper perspective on this undue impact of the inflation rate on the equities market, a capital market analyst, Olatunji Aje, said, “When you have excess, that is when you think of investment. When there is inflation, the level of patronage and the market will always drop.

Speaking further, he said, “When there is inflation, the purchasing power of investors and people drops. At times, you may be forced to sell some of your assets and some of your stocks  to afford certain things during inflation.

The Managing Director of Afrinvest Consulting, Abiodun Keripe, while speaking with The PUNCH, said the impact of inflation in the equities market was dimensional.

He explained that the burden would fall on the real returns, particularly the dividends and the cost of operations of companies listed on the NGX.

He said, “You can dimension this in two perspectives. In terms of returns, inflation will affect real returns.

“In this sense, the investors begin to get distracted by fixed-income instruments that are easily reactive to the continued inflationary pressure with a promise of higher yields.

“They will begin to switch from the equities market to fixed income instruments where there is a promise of higher yields that mirror the pressure from inflation.

“The second part of this is for the companies that are listed on the stock exchange also will see a bit of pressure from their cost of operations.

“The operating expenses will see a bit of cost pressure. Raw material costs will increase. So, basically, the cost of sales and cost of production will increase.

“This will impact the bottom-line. What this means is lower profitability, and by extension, lower dividends payout, which also will distract and discourage investors.

“This is the sort of impact this will have on the market such as distracting investors, making investors look away from the equities market to the fixed income market that is able to easily react to pressure from inflation, given the fact that interest rates will move up.

“The cost of operations will likely increase, causing a reduction in bottom-line profitability. If the investors are taking dividends when the profits are lower, this, by extension, means lower dividends.”

He, however, maintained that the companies might surmount the pressure once their prices were adjusted. “Once the company can adjust bottom lines such that their sales substantially increase, this will compensate for the elevated inflationary pressure on the bottom-line.

“But if the companies are committed, they can now adjust dividends payout such that the dividend payout ratio can increase so that investors can receive higher dividends.”

Also, the Head of the retail department of Agusto and Co, Ayokunle Olubunmi, said more activities took place in a fixed-income market compared to the equities market because it was more attractive to investors.

“Typically, when you have high inflation, you notice that to respond to that to encourage investors, interest rates easily go up. You will notice during inflation that the interest on bonds, commercial papers, amongst others, easily go up. This is because these are fixed-income instruments.

“They are more attractive compared to stocks. In this case, you will discover that during the period of rising yields, you see people leaving the equities market for bonds, and they also invest in commercial papers,” Olubunmi said.

Explaining further, he noted that “at the MPC meeting, CBN has increased the rate consistently. As a result of this, you will notice that the yield on assets- backed instruments, the interest rates on bonds, and commercial papers have gone up.

“From all these bond and money market instruments, you know that your return is already fixed. There is no risk. So, why do you want to go and leave your money in the capital market where you are not sure of your returns?

“During the inflation period, you will notice that the rate goes up. You will see people leaving the equities market for the fixed income market,” he concluded.

A stockbroker, David Adonri of HIGHCAP, believed the question of whether the spike in inflation had contributed to some of the losses being recorded at the equities market was straightforward.

According to him, “At the beginning of the year when the market started gaining rapidly, it appreciated to about 22 per cent in May. From that May, the market began to take a blow when the Central Bank of Nigeria started increasing the interest rate to the point that what the market gained from that 22 per cent is only about 2.5 per cent.

”So, we can now say that from the beginning of the year, the equities market has only gained about 2.5 per cent,” Adonri said.

He added that “whenever inflation rises, it depresses the equities market. The reason is that anytime the monetary authority raises the monetary policy, there will be interest rate hikes that will make financial assets migrate away from equities.

“That is what we have been experiencing from the beginning of the year.”

On his part, a senior capital market analyst, Rasheed Yusuf, said the dividend was what attracted investors to stocks.

He explained that if the companies quoted could not pay dividends as a result of the high cost of production, coupled with low sales returns, such stocks would lose their attractiveness to investors.

“If there is high inflation, the prices of goods and services go up. This means the consumers will spend more to get what they used to buy at a relatively cheaper price.

“And if you pay more on what you once bought at a relatively lower price, you are spending more money, which means you’re taking it from your investment.

“The investment could either be the bank deposits, or you are selling your shares to be able to buy the same amount of food you used to buy last year.

“To this extent, you will see a withdrawal of more funds from the banking system. You could even see a sell-out of some stocks.

“And when people sell out and are not buying, this means less money is going into the industry to invest.

“And because the price has gone up, people will buy less. If sales go down, it affects profitability, which consequently affects the attractiveness of your stock.

“It has a spiral effect on the cost of production and sales because if your cost is too high, and more people cannot afford it. As a result, they fall out.

“And some companies will be in trouble because it is a general inflation.

“To this extent, the prospects of companies that are quoted become questionable.”

“Can they make a profit to be able to make dividends?” he asked, rhetorically.

China police out in force after anti-lockdown protests