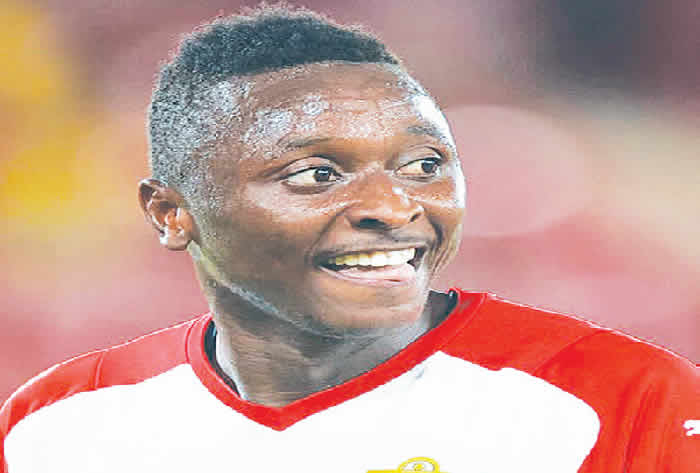 Ex-international Stephen Makinwa has sympathised with Super Eagles striker Umar Sadiq over his ACL injury but is hopeful the Nigerian striker will return to action sooner than predicted, LENTORLITENEWS Sports Extra reports.

He has since been ruled out of action for the remainder of the season.

After surgery, the injury takes between six to nine months to heal, although no clear date has been set for his return yet.

Reacting to Sadiq’s injury, Makinwa said  he expected the striker to return to training after four months.

“ACL these days, with the advanced technology, takes a shorter time, within four months the player should be okay.

“Unlike my own time, it took more time to recover from such an injury. I don’t think he should be ruled out of the season, except there is more to the injury, but if it is just an ACL injury, he should be back by January 2023.”

Makinwa, a former Super Eagles striker, however advised that the Sociedad man remained positive and follow his recovery process meticulously as advised by his doctor.

“I will advise him to just focus on his recovery and be positive, clearly it’s a sad occurrence, how fast he comes back will be determined by how much he is going to put into his recovery procedure.

“So, if he wants to return stronger, he may have to focus more on his recovery. I believe he will recover fully, even sometimes with this type of injury, you hardly recover 100 per cent, but at least you will recover to a level that should be okay to play high-level football.”

The 25-year-old has registered three LaLiga goals so far this season.