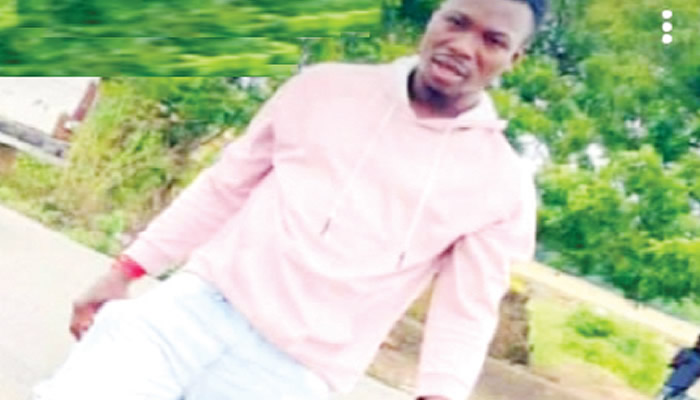 A transport boss in the Ibarapa Central Local Government Area of Oyo State, Jamiu Sego, has been reportedly killed by an angry mob in the Igboora area of the state.

The youths, during the mob action on Saturday, were said to have also set Sego’s corpse ablaze.

LENTORLITENEWS Metro gathered that the angry mob perpetrated the crime after a stray bullet from Sego’s gun killed a yet-to-be-identified teenager and injured two other victims in the area.

Following the development, people insinuated that the circumstances surrounding Sego’s death was linked to destruction of the billboards of the All Progressives Congress in the area.

They also alleged that Sego was a member of the Park Management System in the state.

The Director of Media and Publicity for the APC in Ibarapa Central and North LGAs, Adesina Adeyemo, in his reaction to the incident, said Sego’s death was not linked to billboard destruction in the area.

He said Sego was attempting to collect money from motorcyclists in the area when an argument ensued between him and a motorcyclist, adding that the argument degenerated.

Adeyemo said, “The event happened around a market place and that was where the guy was killed. The guy in question (Sego) used to collect rates from motorcyclists for the Oyo State Government. It was in the process of forcing one of the motorcyclists to pay the rate on Saturday that an argument ensued between them.

“In the process, the guy (Sego) brought out a gun and threatened to shoot the motorcyclist. As he (motorcyclist) was dragging the gun with him, a stray bullet hit a small boy that was moving around and the boy died.

“The death of the boy triggered peoples’ anger and they ran after him, beat him mercilessly, killed and set his corpse ablaze.”

The spokesperson for the PMS in the state, Emiola Jelili,  in a statement, said Sego was not a member of the agency, adding that people linking the body to the incident were doing so to smear the image of the body and its leaders.

The statement said, “As regards the news reports flying around about the death of one Jamiu Sego, who was killed and burnt to death yesterday morning at Igboora, linking the deceased to the Park Management System, it has become necessary for us as an organisation to debunk such reports by unverified news outlets as false and a part of the malicious attempt by agents of darkness to continually smear the image of the body and its leaders.

“We state in clear terms that Jamiu (Sego) was never a member of the PMS and neither did he head any unit of the PMS while alive. We have already distanced ourselves from the destruction of billboards and defacing posters of politicians.

“In fact, we already stated that members of the PMS have been charged with the responsibility of protecting every billboard erected in the state as we believe in the principles of democracy and a levelled playing field.

“Finally, we call on the police and other security operatives to carry out a thorough investigation so as to fish out those involved in the killing and lynching of the deceased.”

Efforts to get a reaction from the state Police Public Relations Officer, SP Adewale Osifeso, were not successful as his mobile phone number was not reachable.