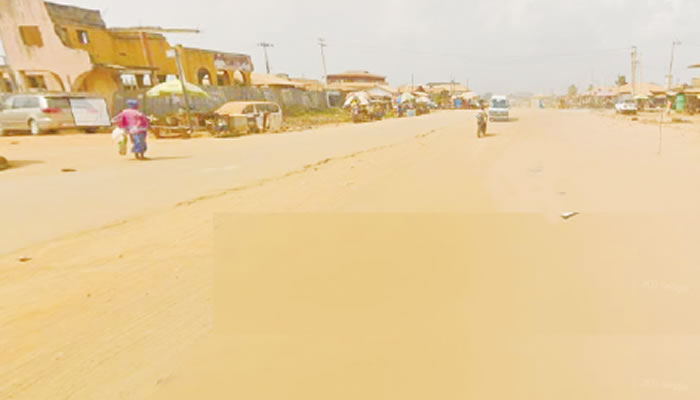 A motorcyclist, identified simply as Alfa Sule, has absconded after his suspected lover, one Muniat, died when they lodged in a guest house in the Igbogbo Bayeku Local Council Development Area of Lagos State.

LENTORLITENEWS Metro gathered that Muniat’s corpse was found when the manager of the guest house was conducting a routine check in the hotel.

Following the discovery, the manager reportedly informed the Ikorodu Police Station and policemen were detailed to the hotel to investigate the case.

The state Police Public Relations Officer, SP Benjamin Hundeyin, said Sule fled from the guest house, adding that efforts were on to arrest him.

Hundeyin said, “The manager of the guest house called the Ikorodu Police Division around 6am on Saturday to report that he found the lifeless body of a woman who was brought into the guest house by a man to lodge on Friday night.

“The 46-year-old woman was identified only as Muniat and the man identified as Alfa Sule. They had entered the guest house with a motorcycle belonging to Sule and had lodged on Friday.

“The manager said as he was going round the rooms on Saturday morning, he discovered the lifeless body of the said woman but Alfa Sule was nowhere to be found.”

Hundeyin said when the police got to the scene, no mark of violence was found on Muniat’s corpse.

He said, “But Alfa Sule abandoned his Bajaj motorcycle. The corpse was removed and deposited at the Ikorodu General Hospital morgue for autopsy.

“The manager of the guest house has been assisting the police in their investigation while efforts are being made to arrest the fleeing Alfa Sule.

“The case would be transferred to the homicide unit of the State Criminal Investigation Department, Panti, Yaba, for further investigation.”