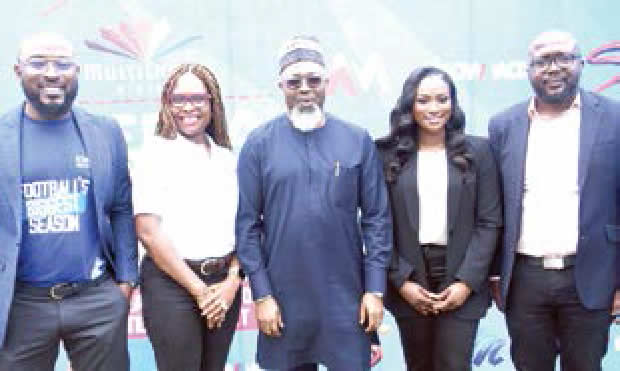 Popular payTV company, MultiChoice, has announced a wide range of programmes, cutting across sports and entertainment.

At an event to intimate stakeholders of the new offerings, the Managing Director of MultiChoice Nigeria, John Ugbe, noted that the company was intentional about creating African content for Africans.

For lovers of the Big Brother reality TV show, they have reasons to smile, as it was announced that owing to the success of Big Brother Mzansi and Big Brother Naija, the payTV platform will unveil a Big Brother show with housemates from Nigeria and South Africa.

It was also announced that two new TV series— ‘The Covenant’ and ‘Lahira’— will be making their way to Africa Magic. This is even as there will be three permanent channels— ‘Movie Room’, ‘Qwest TV’ and ‘Moonbug Kids’— and a new pop-up channel— ‘Spider-Man’.

MultiChoice has some exciting news for FIFA supporters and Big Brother fanatics. DStv and GOtv customers can look forward to round-the-clock access to all 64 of the FIFA World Cup Qatar 2022 matches and the premiere of Big Brother SA & Nigeria: The Titans.

To cater to its sports-loving viewers, it was stated that the company plans to make the FIFA World Cup Qatar 2022 more accessible to fans than ever before. The 64 World Cup matches will be made available to viewers in different languages, including Yoruba, Igbo and Hausa.

It was also announced that there will be a ‘DStv Blue Chair activation’, where customers get to take pictures on the blue chair, add #HereForEveryFan to their social posts, and access all things FIFA-related via a QR link. This is in addition to ‘DStv Football Buzz’, a new podcast that covers everything World Cup-related, as shared by prominent sports influencers across Africa.

It added that with its streaming service— Showmax— viewers will get endless entertainment in the form of unlimited movies, TV shows, and more available at all times.

This is even as ‘DStv’s Blue Button’ has been developed to enhance content discovery. It will track subscribers’ viewing behaviour, allowing content offerings to be personalised according to their preferences.

The payTV also noted that investing in African talents pays off. It stated that its MultiChoice Talent Factory was having an impact across the African film and television industry; helping to grow the continent’s creative industries into vibrant, economic hubs.