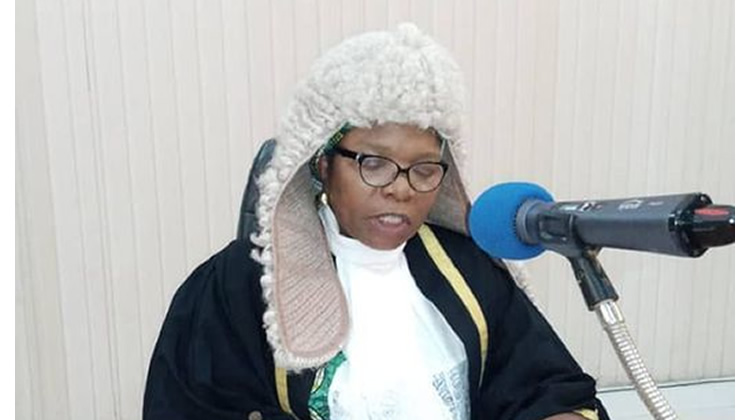 The impeached Speaker of the Ekiti State House of Assembly, Gboyega Aribisogan, has called on prominent indigenes of the state to intervene in the crisis rocking the state legislative house.

Aribisogan, at a press conference in Abuja on Monday, particularly urged legal luminaries from the state to rise up and stop the political crisis in Ekiti over what he called external interference in the election of the speaker of the Assembly.

The LENTORLITENEWS had earlier reported that 17 out of the 25 members of the Assembly, on Monday, impeached Aribisogan and elected Olubunmi Adelugba as the new Speaker.

The Assembly complex had been sealed as members were embroiled in a controversy following the death of the former speaker, Funminiyi Afuye.

Aribisogan, who succeeded Afuye as speaker last week, alleged that some individuals in Ekiti, who were not happy with his election into the office, were after him.

The embattled speaker also called on the Inspector-General of Police, Usman Baba, to intervene in the matter, alleging that some forces were going after the 15 lawmakers loyal to him.

He said, “I am telling the whole world that Ekiti State needs to be rescued democratically from former Governor (Kayode) Fayemi and his cohorts. Some of us have decided to stand out and talk and say enough of the domination and oppression. Enough of this dictatorship by the former governor. He has left office. He does not have any power to come and tell us who should be the speaker of the state House of Assembly.

“We are calling on all leaders of APC both at the local, state and national levels to rise to the occasion and rescue Ekiti State from the hands of (ex-) Governor Fayemi. We are calling on all the prominent people in Ekiti and clerics to come to our rescue. We must not die. We must live. Ekiti must progress.

“Governor Abiodun Oyebanji, they didn’t want him to talk; they even dissuaded him from appointing a Chief of Staff. All the appointments done so far were foisted on him by Fayemi.

“Because we went through that democratic way of electing a new Speaker, it has become a headache for him (Fayemi). I have never offended him. I served him for four years and was loyal to him to the end as Majority Leader (of the Assembly).”

However, the newly inaugurated Speaker of the Ekiti State House of Assembly, Adelugba, said last Tuesday’s election that produced Aribisogan as speaker was compromised.

Adelugba, who said Aribisogan’s impeachment by 17 of the 25 members of the Assembly confirmed the election fraud, added, “What happened in the Assembly today (Monday) is about the party and not about the former Governor, Dr Kayode Fayemi. It is not as well about me.”

The new Speaker, who spoke at the All Progressives Congress state secretariat in Ado Ekiti shortly after she was elected and inaugurated at the plenary, said reasons for Aribisogan’s removal included sabotage of the Supplementary Appropriation Bill before the Assembly.

According to her, the seven lawmakers in Aribisogan’s group, who were suspended from the House at the plenary, would be forgiven if they repented.

There was heavy presence of security men at the Ekiti State House of Assembly on Monday as the members had the plenary session while workers of the complex were denied access to the area.

An anti-bomb truck was stationed at the gate of the Assembly complex just as no fewer than 14 security trucks were stationed at various locations around the complex, while the police cordoned off the area, thus preventing any form of movement.

The Special Adviser to Governor Biodun Oyebanji on Media, Yinka Oyebode, said what transpired in the House was “purely legislative affairs.”