HomeHEALTHNewborns must be fed at least six times a day, Paediatricians say
HEALTH

Newborns must be fed at least six times a day, Paediatricians say 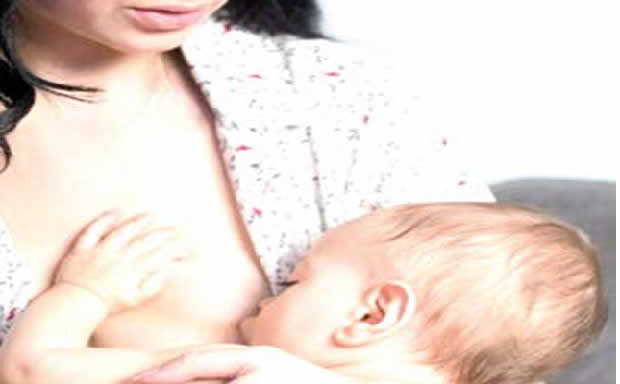 Paediatricians have urged parents of newborn babies to ensure that they feed them new at least six times a day.

The child care experts explained that not feeding the child on demand can predispose the child to hypoglycaemia – which is low blood sugar, and also cause seizures among other health issues.

Speaking with PUNCH HealthWise, in separate exclusive interviews, the experts, Prof. Emmanuel Ekanem, a former Chief Medical Director University of Uyo Teaching Hospital, and Dr. Ayodele Renner said it is risky to leave a baby to sleep on at a stretch without feeding them.

According to Prof. Ekanem, it is even suspicious for a neonate to sleep eight hours at a stretch without waking up to breastfeed.

The consultant paediatrician said newborn babies naturally sleep long hours a day but intermittently wake up to feed, noting that newborns must be woken up to be breastfed and then go back to sleep if they sleep for a long period.

“If they continue to sleep for a long period without waking up, then something is wrong. You then have to find out what is wrong,” he said.

“The neonate should feed on demand, that is the rule but this should be no less than six to eight times a day,” he told our correspondent.

Also speaking with PUNCH HealthWise, Dr. Renner, who is a child health advocate stressed that in the first two weeks of life, newborn babies must be woken and fed every four hours a day.

He said, “The rule is that babies, especially normal term babies, should be woken up in the first week of life until at least they have regained their birth weight and that can happen between the 10th and 14th day because initially, they lose a little bit of weight in the first three days of birth and then they get it back around 10 – 14 days.

“So, between when they are born and when they regain their birth weight, it is best to wake them up every four hours. They should not sleep for more than four hours without being woken up to feed and that is because there’s a risk of hypoglycaemia – that is low blood sugar.

“So, you would want to wake them up every four hours but by the time they have regained their birth weight, we usually can self-regulate and so at that point in time you can allow them to sleep as long as they want.”

On the consequences of newborns sleeping long without feeding, Renner said it can cause low blood sugar in the child and the consequence of this is that “the baby can have some form of micro brain damage.

“Certain metabolic activities in the baby’s brain become disrupted and the baby can even go on to have seizures. This is especially true for babies who weigh four kg or more at birth and babies who weigh less than 2.5kg at birth.

“For such babies, they are particularly at risk of hypoglycaemia and so you want to feed them on a schedule,” he said.

In the same way, pre-term babies should be fed every two hours even when they have been discharged from the neonatal unit, he advised.