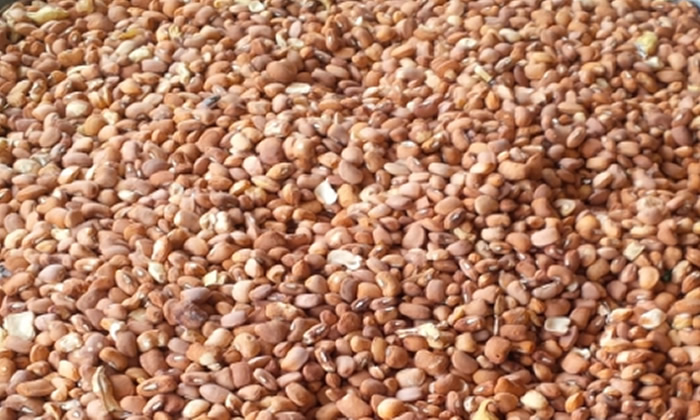 NIGERIAN farmers are now planting genetically modified cowpea (beans) that has 80 per cent capacity to resist insects that use to destroy the crop, the African Agricultural Technology Foundation has said.

Speaking on the sidelines of the just concluded biosafety and biotechnology meeting in Abuja, the Senior Manager/Head of Policy and Regulatory Affairs, AATF, Dr. Francis Nang’ayo, told journalists that Nigeria had recorded successes in the use of some genetically modified crops.

He said, “In this meeting, we have assembled partners on two of our leading products, which include the pod-borer resistant genetically modified cowpea that is now commercially available in Nigeria.

“The other project is the GM maize that has also received environmental release here in Nigeria. So we have assembled partners from other countries to come and benchmark on the successes and the breakthroughs that have been recorded here in Nigeria.

“This is to ensure that when they go back to their respective countries in Ethiopia and Mozambique, some of the lessons picked from this trip can help people with what they are doing.”

Asked to explain some of successes recorded by Nigeria which were being learned by Ethiopia and Mozambique, Nang’ayo said, “I know for a fact that Nigeria, having worked on GM cowpea since 2009, was able to take the crop through multi-locational trials.

“Nigeria was able to assemble the necessary environmental, human, food and feed safety information. This was then examined by the regulators here and granted an approval for environmental release. So GM cowpea is grown by farmers here in Nigeria.”

On the acceptance of the genetically modified crop in Nigeria, the AATF official stated that the ability of GM cowpea to resist insect attacks boosted its acceptance by Nigerian farmers.

“GM cowpea is able to resist insect attack by as much as 80 per cent. In other words, farmers growing GM cowpea would be able to protect their yields because of the adoption of this modified crop,” Nang’ayo stated.

He explained that all concerns around the safety of the GM products were being examined by regulatory agencies in Nigeria such as the National Biosafety Management Agency that had been dedicated to look at human, public and environmental health concerns associated with the technology.

On the genetically modified maize, also known as Tela maize, Nang’ayo said the crop had been approved by the regulatory agency.

“Tela maize has received the initial environmental release from the NBMA. That approval ascertains that the product is as safe as any other product. So what follows after that is what we call variety testing and it has to go through the last stage of variety testing,” he stated.