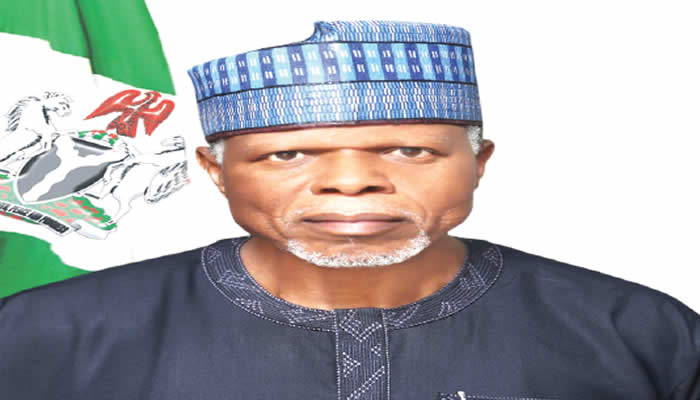 Petrol smuggling out of Nigeria has continued to thrive amidst incessant cases of the scarcity of the product within the country, OKECHUKWU NNODIM writes

Smugglers of Premium Motor Spirit, popularly called petrol, have continued the business of illegally moving the product out of Nigeria, whereas consumers within the country have had to contend with PMS scarcity on many occasions since this year.

Last week, an online medium (not The PUNCH) reported that the Nigerian Customs Service detained an officer for exposing the “booming petrol smuggling business” to Niger Republic, Cameroon, Chad, and others.

Although the NCS reacted to this and explained why the officer was detained, operators in the sector told our correspondent that the smuggling of PMS out of Nigeria was a major reason for the high daily petrol consumption volumes released by the Nigerian National Petroleum Company Limited.

NNPC is the sole importer of petrol into Nigeria for several years now. Other oil marketers stopped importing the commodity due to the challenges associated with accessing foreign exchange for PMS imports.

In September this year, the Federal Government through its Nigerian Midstream and Downstream Petroleum Regulatory Authority said Nigeria’s daily consumption of petrol was 66 million litres.

Oil marketers, as well as the NNPC, had repeatedly stated that petrol consumption in Nigeria was not supposed to be that high if not for the smuggling of PMS out of Nigeria.

“We will continue to encourage the Customs to intensify efforts in apprehending smugglers of our petrol, when in-country we often face supply challenges,” the President, Petroleum Retail Outlet Owners Association of Nigeria, Billy Gillis-Harry, stated.

Prior to the regime of the President, Major General Muhammadu Buhari (retd), the country’s petrol consumption was estimated at between 35 million to 40 million litres daily.

The NNPC, in a statement on February 8, 2018, put the country’s petrol consumption level at 35 million litres daily.

The corporation had said in July 2019 that petrol was being smuggled out of the country to Ghana, Burkina Faso, Mali and Cote d’Ivoire as a result of the price disparity of petrol between Nigeria and the other West African countries.

In November 2019, the Federal Government banned the supply of petroleum products to filling stations within 20 kilometres of the land borders.

Prior to that, the NNPC had raised the alarm about the increasing number of filling stations in border towns. The national oil company described retail outlets as funnels for fuel smuggling to neighbouring countries.

It is estimated that about 30 million litres of petrol are smuggled out of Nigeria. Analysts and operators described this volume as so high to be leaving Nigeria on a daily basis.

Nigeria’s porous borders, spanning over 17,000 kilometres, make it possible for PMS to be smuggled to the neighbouring countries, amidst concerns of product scarcity in many states within the country.

A recent report by Deutsche Welle, a German public state-owned international broadcaster, stated that smugglers were having a field day selling Nigerian PMS at cheaper rates than the conventional petrol stations in Cameroon.

The report stated that though the exact volume of smuggled Nigerian petrol to Cameroon was not known, local media reports in Cameroon put the ‘black market’ illegal trade at $5m (about N1.91bn) every year.

The National Public Relations Officer, Independent Petroleum Marketers Association of Nigeria, Chief Ukadike Chinedu, stated that though IPMAN had ensured that none of its bonafide members was involved in the business of PMS smuggling, the low petrol price in Nigeria had remained an incentive to smugglers.

“This is why it is proving tough to eliminate this menace completely. However, we shall keep supporting our security agencies as they strive to address this issue,” he told our correspondent.

The NNPC recently expressed concern that concerted efforts by the company and some federal agencies to tackle the challenge of petrol smuggling had been hindered by existing huge price differences in the cost of petrol in Nigeria and neighbouring countries.

The Group Chief Executive, NNPC, Mele Kyari, had disclosed this during a presentation at an interactive session by the Joint Senate Committee on the 2022-2024 Medium Term Expenditure Framework and Fiscal Strategy Paper.

Kyari had explained that with a price difference of over N100 per litre between what was sold in Nigeria and in neighbouring countries, it was difficult to cage the activities of petrol smugglers.

He said while the oil company was working in concert with other agencies to combat the menace and had made noticeable progress, the battle was yet to be won.

“As long as there is arbitrage between the price that you sell and what is obtainable elsewhere, you can be sure that it is challenging to contain the situation,” the NNPC boss stated.

He emphasised that the activities of smugglers had also made it difficult for the country to determine the actual consumption figures for petrol.

He said the company could only know what was trucked out from loading depots across the country but could not determine how much of that was consumed in-country.

The pump price of petrol in Nigeria, which is between N180 to N240/litre currently, depending on the area of purchase, is this low because the product is heavily subsidised by the Federal Government through NNPC.

Both the NNPC and operators have often stated that the cost of the commodity would double, if not more, once the subsidy on petrol is removed.

This low PMS cost in Nigeria, which is an incentive for smugglers, is, however, costing the Federal Government so much as subsidy.

Recently, the Nigeria Economic Summit Group expressed fears of a possible fiscal crisis in the country following the ballooning amount spent on petrol subsidy by the government.

The NESG and oil marketers under the aegis of the Petroleum Retail Outlet Owners Association of Nigeria said they were concerned about an impending fiscal crisis in Nigeria following the continued rise in fuel subsidy.

The NESG made its position known in the group’s September 2022 report titled, “The State of Nigeria’s Economy,” obtained in Abuja, as figures from NNPC indicated that petrol subsidy gulped N2.04tn between January and July this year.

The NESG observed that the Federal Government’s huge fuel subsidy spending had been a drain on the country’s revenue despite the rise in crude oil prices in 2022.

It added, “Aside from taking a clear position on the fuel subsidy issue, the Federal Government must begin the shutting down phase of subsidy programmes to save the country from impending fiscal crisis.

“Understandably, this suggestion will affect the welfare of the citizens, but it is only in the short term. On the other hand, the more extended effects of sustaining this programme are disastrous.”

Also speaking on the development, Gillis-Harry, who heads PETROAN, stated that petrol subsidy should be outrightly stopped.

“The subsidy that is being paid on petrol should be stopped. The money should be recycled into other developmental projects such as health, refineries, etc,” he told our correspondent.

On concerns the petrol might sell for about N500/litre should subsidy be halted, the PETROAN president said, “This subsidy that we are talking about, what is its practical performance in the everyday life of a Nigerian? We need to ask that question.

“Today some people bought petrol at N250/litre, somebody else bought at N300/litre, while another person is saying let us just have the product because we are ready to pay N400/litre.

“So you can see that in different parts of the country there are different kinds of experiences by motorists and other users of petrol. Therefore it is a very simple thing that we should level the ground by allowing deregulation to rule. That’s the answer.”

Reacting to the video that went viral last week, in which a customs officer, Owombo John, attached to the Federal Operations Unit Zone D in Adamawa State was arrested and detained for allegedly raising the alarm on how PMS was being smuggled out of Nigeria, the NCS explained that the petrol trucks in the video were not smuggling PMS.

“This incident occurred on Wednesday, November 2, 2022 at Malabo Checkpoint on Belel Road, Adamawa State. It is important to note that 55km separates this location from the nearest border,” the NCS said in a statement that was made available to our correspondent in Abuja.

It added, “Between the place where this incident occurred and the border, there are fully operational petrol stations. Preliminary investigations indicate that the drivers on these trucks were in possession of duly signed product distribution sheets for consignments allocated by PPMC for filling stations within that vicinity.

“As vehicles in transit, they are considered still to be well within city limits and therefore can neither be accused of nor arrested for transporting goods across the border.”

It said all its officers were compelled by a strict dress code to not only be in uniform while on duty, but to adorn their name tags for easy identification by members of the public.

“The state in which this officer depicted himself in this video, his comportment and his speech suggests a level of incoherence associated with people of an unstable mind,” the service stated.

It added, “Indeed, his actions led to his immediate withdrawal by the Controller Federal Operations Unit Zone ‘D’, who instructed his detention pending medical evaluation.”

Nigeria can lead Africa to new age with cryptocurrencies – US CEO

Tale of two House speakers in one week