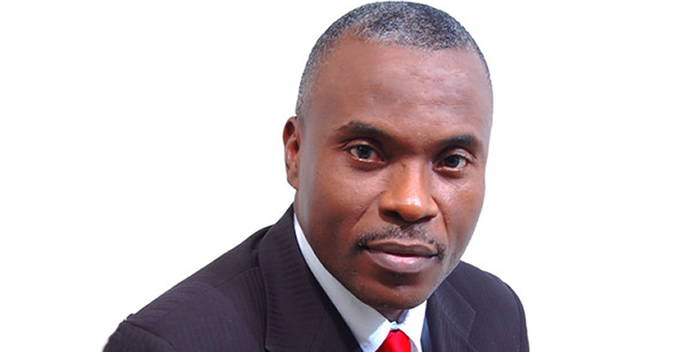 Any time officials (and defenders) of the Muhammadu Buhari regime want to prove that he has performed well in office, they reel out projects executed with loans that have mortgaged the future of every Nigerian for years to come. They show roads and bridges and the like as evidence of his superlative performance.

In October 2021, the Special Adviser to the President on Media and Publicity, Femi Adesina, said no Nigerian–living or dead– “has the kind of attraction, magnetic pull, that Muhammadu Buhari has.”

But it is pedestrian for an administration to use roads, bridges, hospitals, schools, airports, rail tracks and similar physical projects as evidence of astonishing performance. Every administration (whether civilian or military) constructs some roads, bridges, etc. As much as General Ibrahim Babangida is vilified today, he was the Nigerian leader who constructed the Third Mainland Bridge, Lagos in 1990, which was the longest bridge in Africa until 1996 when the sixth October Bridge was opened in Egypt. But even though that bridge was named Ibrahim Babangida Boulevard, Lagosians have refused to call it by that name in protest against Babangida for annulling the June 12, 1993 election, which plunged Nigeria into crisis. Babangida was also behind many projects across Nigeria.

The case of late General Sani Abacha was even worse. He ruled Nigeria the first time was ostracised by the international community. It was not just that Abacha could not travel out of Nigeria to most countries, he was even afraid to travel to different parts of Nigeria. Yet, Abacha’s regime executed some projects in the five years he was in office. Beyond physical projects, that Bayelsa, Ebonyi, Ekiti, Gombe, Nasarawa and Zamfara are states today in Nigeria is because Abacha created them in 1996, moving the number of states up from the 30 created in 1991 by Babangida to its current 36.

It is in that light that it sounds ridiculous hearing the promoters of Buhari and his ruling All Progressives Congress use the list of physical projects as evidence of the so-called excellent record of Buhari in government. There are parameters for measuring how the lives of the citizens of a nation have fared within a stated period. These include issues like poverty rate, employment rate, life expectancy, literacy rate, security, health. Most of these issues are usually captured under the banner called Human Development Index.

Interestingly, last week, the National Bureau of Statistics, owned by Nigeria, presented a damning Multidimensional Poverty Index which showed that 63 per cent of Nigerians are affected by multi-dimensional poverty. This represents 133 million Nigerians. Furthermore, the report stated that 65 per cent of the poor, or 86 million people, live in the North, while 35 per cent, or nearly 47 million, live in the South.

The NBS reported that the poverty of the 63 per cent of Nigerians was caused by a lack of access to health, education, and living standards, alongside unemployment and shocks.

“The survey was implemented in 2021 to 2022 and it is the largest survey with a sample size of over 56,610 people in 109 senatorial districts in the 36 states of Nigeria,” said the NBS Statistician-General, Semiu Adeniran.

All indexes on poverty, economy, security, etc, have shown that the APC government led by Buhari performed badly in the last seven years. Those who try to sugar-coat this for whatever reason are dishonest.

There has never been a time in Nigeria when financially comfortable Nigerians, who are not facing any political persecution, have abandoned their jobs and businesses and fled the country like has been witnessed under the regime of Buhari. Before Nigeria’s independence in 1960, Nigerians went overseas to study, returning immediately after their graduation to participate in nation-building. In the 1960s and 70s, Nigerians went overseas for education still. Precisely in the 70s, most Nigerians who left Nigeria for universities abroad, especially in the United States of America, did so because the standard of university admission was too high in Nigeria. Some people who had the options to choose whether to study abroad or in Nigeria chose Nigeria.

By the 80s, the Nigerian economy experienced a downturn and many Nigerian professionals began to leave for greener pastures. Economic consideration became the key reason for Nigerians leaving for other countries. Even students who went overseas to study did do mainly for the sake of getting better career opportunities.

However, by 2015 when Buhari took over, the reason for Nigerians leaving Nigeria changed. Professionals working in well-paying sectors like banking, telecoms, oil and gas, manufacturing, etc, applied for visas or permanent residency status in countries like Canada, United States, Australia, United Kingdom, etc, and left Nigeria with their entire family. Unlike many unskilled immigrants who took the risk of going through the desert or sea to cross over to Europe because of the desperation to get a better life, these professionals ran away because of the fear of insecurity.

From 2015 when the news was that insecurity in Nigeria was “restricted to some parts of the North-East,” it became that no part of Nigeria is safe. News of killings or kidnapping by bandits, herdsmen, Boko Haram/ISWAP, or unknown gunmen became virtually a daily occurrence. Such news stories have ceased to shock Nigerians.

In addition, a pall of anxiety hung over Nigeria concerning disintegration. The fear has been that Nigeria may degenerate into an ethnic or regional war. Analysts have noted that Nigeria has never been divided as they are under Buhari. Most Nigerians got disconnected with Nigeria. This was caused by the nepotistic way Buhari executed governance.

The only thing that has brought hope to Nigerians about the possibility of rebuilding Nigeria is the 2023 general elections. Most Nigerians believe that it presents an opportunity for the electorate to elect a president of their choice. This has made most of those who never voted in past elections or who never registered to vote to choose to register this time around.

Given this scenario, one then wonders what Buhari and the APC are celebrating as a sterling performance. A ruling party usually uses the achievements of the incumbent party as campaign points. However, the APC presidential candidate, Senator Bola Tinubu, has tactically downplayed using Buhari’s achievements as the fulcrum of his campaign. He and his campaign team have focused on using Lagos State as the heart of their message.

Buhari cannot bluff his way into the psyche of Nigerians as a result-oriented president. Nigerians do not need some communication overload and spin to know who made their lives better. The hope that Buhari could achieve a remarkable result on the economy, security and corruption has evaporated. The only thing he can be sure of – if he chooses to – is to organise an election that can be rated as among the best Nigeria has ever witnessed. If he is able to achieve that, it may blunt his failings in other areas.