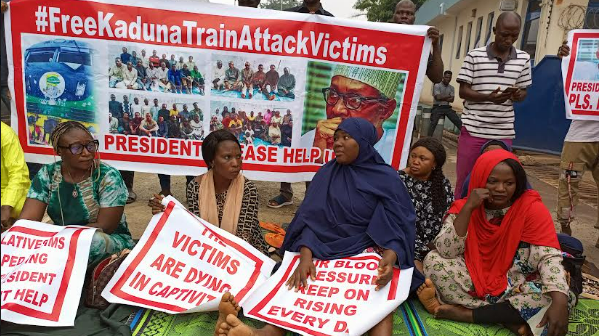 The Federal Government through the Federal Ministry of Transportation on Friday, confirmed that no ransom was paid for the release of the Abuja-Kaduna kidnapped victims, adding that the train station would commence operations very soon.

The Minister of Transportation, Mu’azu Sambo, disclosed this while briefing journalists in Abuja.

This is coming barely 48hours after the 23 remaining victims were released by terrorists.

The LENTORLITENEWS reports that the terrorists attacked the AK-9 Abuja-Kaduna train passengers on March 28, 2022, which saw 168 passengers kidnapped and 8 dead, with the release of the victims in batches and the recent 23 freed passengers being the last batch to be released.

The terrorists planted explosive devices along the rail track which exploded when the Abuja-Kaduna bound AK-9 passenger train approached the point, causing the train to derail leading to the death of eight passengers.

Reacting to previous questions as to when the train services would resume operations, the minister said it would have been so insensitive to resume operations knowing fully well that both the victims and their relatives were going through trauma.

Sambo said in order to resume train service, certain security measures had to be put in place to forestall future reoccurrence in the country ever again, adding that these measures included long and short-term plans.

He, however, said a committee made up of some retired generals and some retired public officers of high ranking status, assisted  the security agencies throughout the process of securing the release of the victims.

“Categorically this government does not support ransom payment, no kobo was paid to secure the release of the 23 remaining victims and other ones as well.”

Speaking further, Sambo noted that the victims were supposed to be in Abuja today, precisely the ministry of transportation, however, certain things needed to be done like taking them to the hospital to make sure they were all in good health conditions.