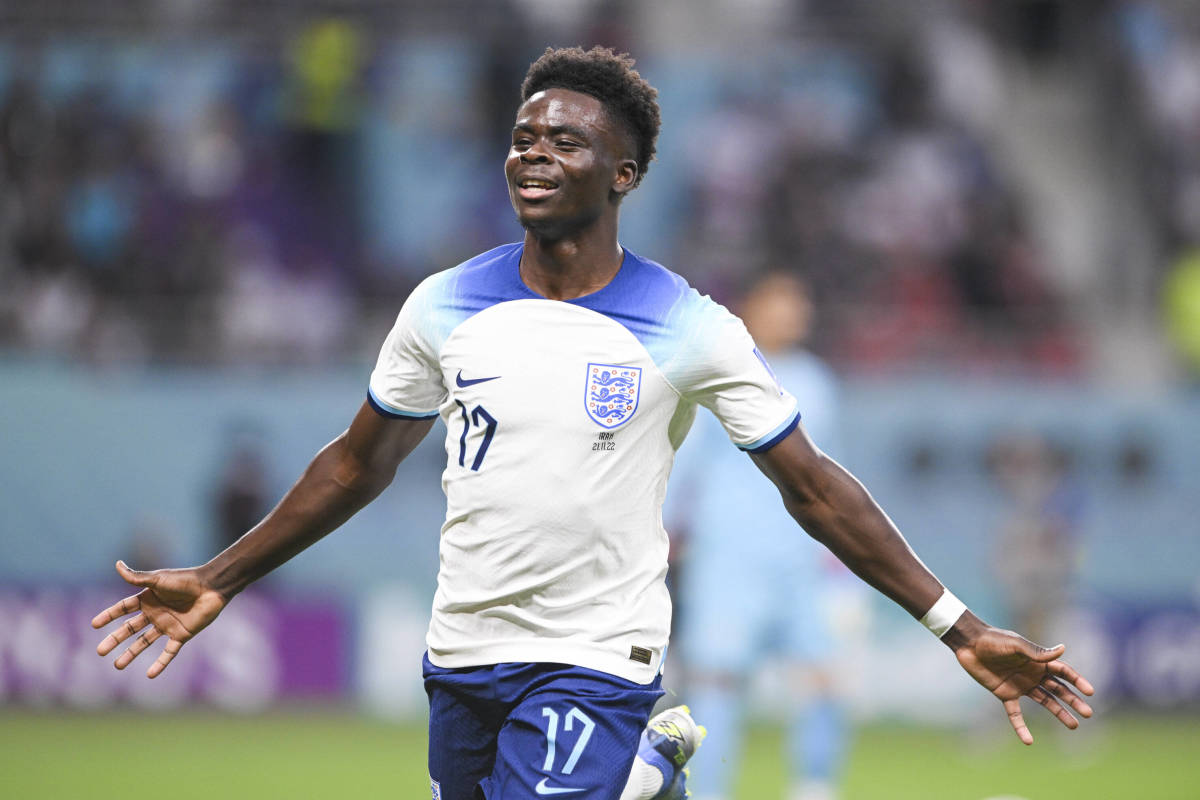 Nigeria may be missing at the ongoing World Cup in Qatar but a name associated with the country shone on his debut appearance at the Mundial on Monday, LENTORLITENEWS Sports Extra reports.

While he may have chosen to represent England, his country of birth, Arsenal forward Bukayo Saka is a Nigerian whose parents hail from Ogun State in Nigeria.

His parents are Nigerian immigrants who, before he was born, left Nigeria to settle in London in search of better living and more opportunities for their unborn children.

Bukayo is a name frequently used by the Yoruba tribe of southwest Nigeria. This, by implication, means that Saka has his family origin from the Yoruba ethnic group of Nigeria.

While much is not known about his father, Yomi, his mother Adenike is a Chartered Accountant in the United Kingdom. She completed her secondary education at Mayflower Secondary School, Ikenne. She then proceeded to study veterinary medicine at Ahmadu Bello University, Zaria before relocating to London.

His parents did well enough to ensure that the player wasn’t treated as a second-class citizen and played a major role in his career.

Saka completed his childhood dream of playing in a World Cup as England defeated Iran 6-2 in their Group B opener on Monday afternoon with the England player of Nigerian descent bagging a brace.

The Hale End graduate  – whose penalty miss proved decisive in the Euro 2020 final last year – netted a stunning volley to help Gareth Southgate’s side take a 3-0 lead into half-time before he doubled up after the break.

There was no sign of England slowing down after the break, as Saka clinched his brace by cutting inside to drill a low finish beyond Iran substitute Hossein Hosseini.

Prior to Monday’s game, Saka’s international career had been defined by his costly penalty miss in England’s Euro 2020 final defeat to Italy. However, the Arsenal winger carried his exemplary club form onto the international stage by tormenting the Iranian backline.

On is performance, the forward was thrilled to mark his first World Cup game with a brace after missing a penalty in the Euro 2020 final shootout.

“I can’t describe the feeling, it is amazing. I am so happy, so proud and we got the win as well so it is a really special day.

The 21-year-old has enjoyed a meteoric rise since making his Arsenal debut against Vorskla Poltava in November 2018. Four years have passed and Saka is now a key part of a Gunners side that currently sit top of the Premier League.

With the domestic season paused, the Englishman will be keen on helping his country do well in Qatar.