Ogun West: I will defeat Yayi 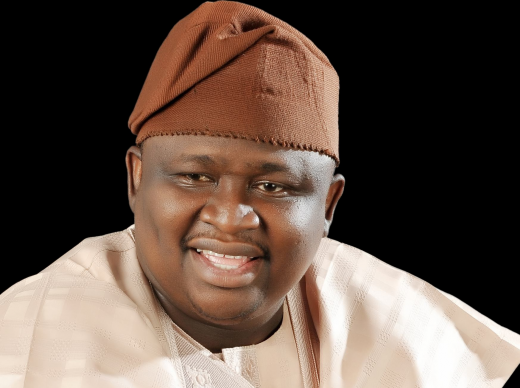 Aina said the deplorable condition of Ogun West urgently calls for a more serious candidate from the district .

He stated that Olamilekan who currently represents Lagos West in the Senate has no root in Yewa land, hence, not legitimate to represent the district.

Aina who disclosed this during his unveiling as the Senatorial candidate of NNPP, held at Ado-Odo-Ota Local Government area of the state .

He stressed that all the bills passed by Yayi throughout his stay in the senate are anti-people.

At the unveiling, well over 4000 APC and PDP party faithful decamped to the NNPP.

“I am an authentic indigen of Ogun West. Senator Yayi has been in the Senate for 16 years and he is now coming to Ogun state to rule. We are going to chase him out of Ogun state like a rabbit because he doesn’t belong here and most of the bills presented by him in the Senate since the past 16 years are anti people bills,” Aina said.

“Take for instance, this is the same senator who said Nigeria should take 30 million dollars loan he said the money is needed for development, where is the development.”

The England base solicitor also regretted that the APC eight years rule has deprived Nigerians of the dividend of democracy, insisting on immediate change in the country.

“Nigerians have tried PDP for 16 years, they have tried APC for eight years. There is a need for a change and I am going to be representing that change.”

Aina said his emergence in the coming election will breathe change for the people of Ogun West.

“The way I’m going to bring about that change is by going round the nooks and crannies of Ogun West, educating people and telling them that I am a breath of fresh air. We have a lot of decampees here and there are 5000 of them from APC and PDP who are willing and ready to embrace the NNPP.

“The people are more reformed, educated so we now need to take democracy to them so that they can exercise their choice and I will represent that choice. When I get to the senate, I will ask relevant questions and I will be the people’s senator.”