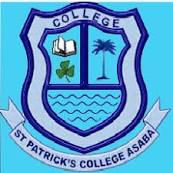 The old boys of St. Patrick’s College, Asaba, have donated N5 million as part of their efforts aimed at giving back to the school.

The 1982 class president, Mr. Valentine Otiono, disclosed this during the 40 year anniversary  of the school in Asaba, the Delta State capital.

He said, “In giving back to the college that laid a solid foundation for our success, the 1982 class has been adjudged as one of the highest donors from all classes for school projects with a donation of N5 million.

“Recently, chairs, tables and electric fans were donated to the school and we will keep partnering with the college to ensure that the high standards the school imbued in us is sustained.

“I am indeed very proud of the quality and progress of the graduates of St. Patrick’s Collage, Asaba, popularly called, university on the niger.

“The 1982 set, in all sphere of human endeavor, are here standing today as men of timber and caliber, professors, doctors, engineers, lawyers, entrepreneurs among others.”

He urged the class to keep up with the ideals of the great college and to remain shining examples of diligence, excellence, trustworthiness and forthrightness.