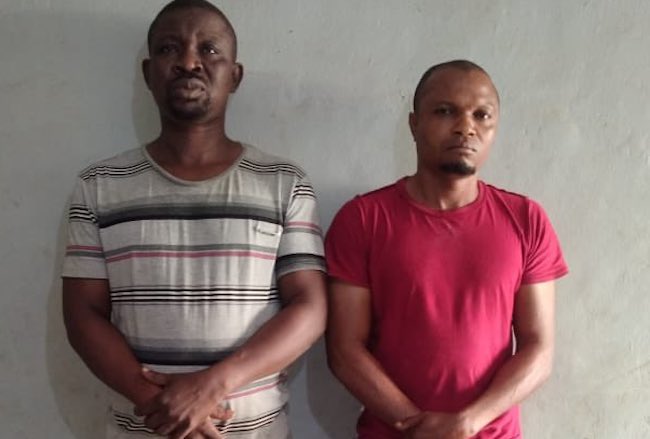 The operatives of the Lagos State Police Command have arrested two suspected fraudsters for duping a 64-year-old woman to the tune of N690,000 and threatening to kill her.

According to the spokesperson for the command, SP Benjamin Hundeyin, the command got an alert from a bank cashier who noticed that her customer was unsettled while trying to make a withdrawal of N600,000 after previously giving the suspects N90,0000.

Hundeyin tweeted on his verified handle, “On Friday, at about 3:50pm, a bank cashier noticed that a 64-year-old customer was fidgety, receiving repeated calls and was in a hurry to withdraw N600,000. The cashier asked what the problem was and the woman said she would die if she talked.

“Preliminary investigation revealed that the suspects had first collected N90,000 from the woman. An effort is on to arrest the other gang member.”

The spokesperson further enjoined the public to identify the suspected fraudsters so as to recover money collected from their previous victims.