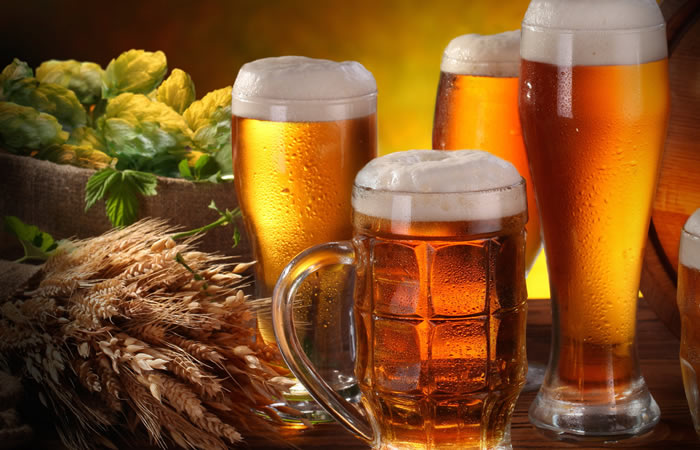 Furious football fans have started condemning World Cup bosses, saying handing the tournament to Qatar has ‘ruined’ it after a shock announcement on Friday revealed alcohol is banned from all stadiums.

England fans already in Qatar have slammed FIFA as a ‘disgrace’ for the unexpected booze ban only 48 hours before the World Cup kicks off, adding that attending the tournament ‘feels like Big Brother’ is in charge, The Daily Mail reports.

Only a few hundred England fans were in Doha when FIFA announced that alcohol would not be sold on stadium concourses after coming under pressure from the Qatari Royal family.

The ban came as a shock to most fans after FIFA had previously reassured them that despite the country’s strict alcohol laws, they would be able to purchase it while enjoying the games. But those fortunate enough to be sat in corporate boxes, where tickets cost more than $22,450 each, will still be able to enjoy an array of alcoholic drinks.

Qatar enforces an extremely strict interpretation of Islam which restricts women’s rights and criminalises members of the LGBTQ+ community, as well as banning public displays of affection and public alcohol consumption.

It is somewhat of an embarrassment for FIFA after Budweiser was announced as one of the sponsors for the tournament, and had been granted a monopoly to sell beer at the stadiums. It will now only be able to sell its alcohol-free version of beer there.

It was to sell alcoholic beer within the ticketed perimeter surrounding each of the eight stadiums three hours before and one hour after each game.

England fans told MailOnline the tournament had been ‘ruined’ and FIFA should not have ‘given in’, complaining they would not have spent thousands of pounds on tickets and flights if they had known about the ban beforehand.

Qatar had previously promised to respect the tournament’s sponsors.

It is just the latest controversy surrounding this year’s world cup following the scandal over the deaths of more than 6,000 migrant workers while building the stadiums and the appalling state of LGBT+ rights in the country.

Celebrities including comedian and QI star Alan Davies have been vocal critics of this year’s tournament.

In a tweet, Davies said, “All football stopped as a mark of respect when Her Majesty the Queen died but we carry on with the Qatar World Cup when over six thousand migrant workers are dead. No one should go there.”

Budweiser’s owners Anheuser-Busch InBev, the brewing giant which owns Bud and dozens of other beer brands, said it is still looking forward to ‘celebrating football with our consumers’ but some sales cannot go ahead due to ‘circumstances beyond our control’.

InBev made no mention of possible legal action over the $75million deal it holds with Fifa, which gives it exclusive rights to sell beer at World Cup games. Doha could also be facing legal action, having signed contracts agreeing to ‘respect Fifa’s sponsors’.

Qatar is a typically teetotal nation where tourists can only buy or consume alcohol inside licenced hotels or restaurants. Exemptions for the World Cup would have meant fans were able to buy beers in special ‘fan zones’ or on stadium concourses.

But Qatar seems to have reneged on part of that deal, meaning beer can now only be sold only inside the ‘fan zones’.

Pints will cost £12, only be available at certain times, and each person will be limited to a maximum of four to stop them getting drunk.

Anyone who does get drunk risks being sent to special areas by Qatari officials until they sober up.

Yet those who can afford the £19,000 to higher an executive box will benefit from complimentary alcohol, it has been confirmed.

”Alcohol has been banned from the stadiums in Qatar because it goes against the country’s cultural and religious beliefs, unless you’re spending £19k on an executive box. Then it’s absolutely fine.”

Fans on the ground in Doha were left devastated on Friday night. Farmer Dylan Smith, 18, from Stoke-on-Trent, Staffordshire, whose 12-year-old niece Ruby has been chosen to carry the ball onto the pitch at a World Cup semi-final, said, “It’s a bit unfair.

“I’m a West Brom fan and like to have a couple before matches with my mates in England.

”I need one when I’m watching them right now.

“I can see why they have done it. If there was alcohol it could kick off – particularly with England playing Wales.

”But to say one thing then change it so close to the start of the tournament doesn’t seem fair.”

His uncle Nick Bjorkhammer 45, a scientist who works in a children’s hospital in Doha, said, “I think they’re a bit scared of something happening and it tainting the view of Qatar.

“Obviously, they should have said the principle from the start.

”There are powerful people here who have made that decision and everyone has to abide by it.”

Tom Williams, 24 from Birmingham cried, ‘I’ve spent £5000 on this trip and if I’d known I wouldn’t be able to get a drink at the game I wouldn’t have come.

”FIFA should be ashamed of themselves. Millions of people are coming from all over the world and they’ve already ruined the start of the tournament for us.”