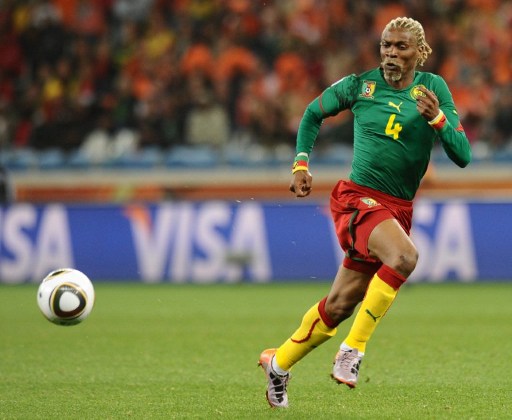 Coach Rigobert Song said Wednesday that rankings mean nothing as he backed his unfancied Cameroon side to become the latest team to pull off a World Cup shock.

Cameroon are embarking on their eighth World Cup but the 1990 quarter-finalists are not the force they were — they are ranked a lowly 43rd and only narrowly qualified for Qatar.

Their previous World Cup win came back in 2002 and they will be heavy underdogs in a Group G which also contains the higher-ranked trio of Brazil, Serbia and Switzerland.

But Saudi Arabia stunned Lionel Messi’s Argentina 2-1 on Tuesday and a day later Japan similarly came from behind to beat Germany by the same scoreline.

Former international defender and skipper Song said that was proof Cameroon could pull off a surprise themselves, starting against the Swiss on Thursday.

“We have seen surprises already at this World Cup, we respect our opponents, but it is on the pitch that you are going to see who is stronger,” said the 46-year-old, a Cameroon football legend known fondly as “Big Chief”.

“Rankings go out the window when you are on a football pitch.”

Song, a former Liverpool defender who was only made Cameroon coach in March, said his men had been able to prepare for the World Cup without the distractions of the past.

“We are very calm and pleased that the mistakes of the past have not been repeated,” he said.

“We have had no disputes about wages or money — things have changed at the football federation now that (former striker) Samuel Eto’o is president.

“He’s a hard worker, there every day to make sure the players are as prepared as possible.

“Hopefully this time we are calm, ready and focused.”

Song played at four World Cups and hopes that he can use that experience to help his squad cope with the pressure in Qatar, especially the younger players.

“When I talk to the young generation they know what they need to do, I am just trying to support and help them to manage their emotions at this tournament and try to avoid the mistakes of the past,” he said.