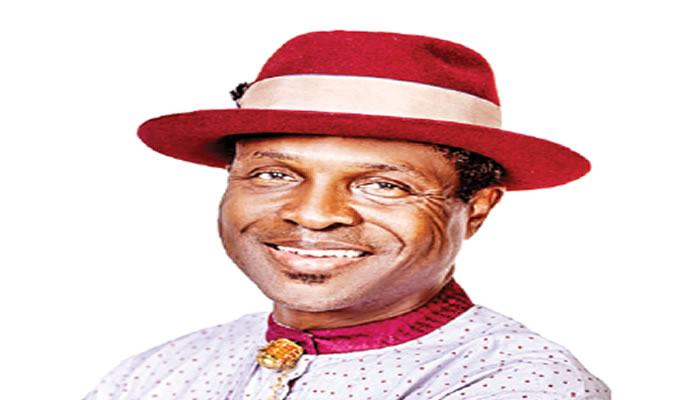 DENNIS NAKU explores the implications of a federal high court nullifying all the All Progressives Congress primaries in Rivers State, the dismissal of its candidates for the 2023 elections, reminiscent of the party’s tragic no-show in the last general elections

The All Progressives Congress, the main opposition party in Rivers State, seems to be travelling on a familiar landmine ahead of the 2023 elections.

The recent Federal High Court judgment, which invalidated all its primaries and sacked the candidates therefrom, is a sad reminder of the evil that befell the party in 2018, leading to its exclusion from the ballot by the Independent National Electoral Commission in the 2019 elections.

The party does not need to be reminded of the déjà vu feeling, the seeming political misadventure hovering around it, or the need to act fast.

One thing it must do quickly is tread carefully through this political minefield.

Prior to the 2019 general election, the tussle for control of the structure of the Rivers APC between the former Minister of Transportation and the state’s party leader, Rotimi Amaechi, a former governor of the state, and his estranged political confidant, Senator Magnus Abe, lingered and culminated in a series of litigations that ended at the Supreme Court.

The supremacy battle between the two APC chieftains and their loyalists, which dates back to 2018, cost the APC a chance to compete for three senatorial seats, 13 House of Representatives seats, and 32 seats in the state assembly during the 2019 general elections.

At the twilight of Amaechi’s tenure as governor in 2015, Abe expressed a desire to succeed him as governor but the then governor anointed Dr. Dakuku Peterside instead.

Peterside lost the election to the then Minister of State for Education, now Rivers State governor, Nyesom Wike.

A similar scenario played out in 2019 when Abe again renewed his quest to become governor. Again, Amaechi preferred someone else; this time, it was a Lagos-based businessman, Mr Tonye Cole. Amaechi preferred the indirect mode of primaries, which many believed would favour his preferred candidate. But Abe, believing in his popularity among the party faithful, preferred direct primaries. The stage was set for a major political war from which the APC has been unable to recover ever since.

Hundreds of delegates purchased forms to partake in the rancorous 2018 APC ward and local government congresses meant to produce party leaders at all levels but were denied the opportunity to participate in the process. A majority of these people found good company in Senator Abe, who took the matter to court.

They obtained a valid injunction stopping the party from going ahead with the primaries. This set off a chain of events that culminated in what became of the party’s quest to present candidates for the 2019 elections. The matter went from the State High Court to the Appeal Court, and then to the Supreme Court, which upheld the position of the lower court.

In a landmark ruling, the Supreme Court held that the Rivers State chapter of the APC lacked a basis for fielding candidates based on the fact that it ignored an earlier court order barring it from conducting primaries.

In what appears to be déjà vu, on May 18, 2022, during the APC primaries, some members of the party alleged exclusion and took their protest to the state secretariat of the party in Port Harcourt.

The protest was greeted by gunshots at the party’s secretariat located along Woji Road in GRA, Port Harcourt, at a scheduled screening of aspirants, as it were.

The disgruntled party members claimed they arrived at the secretariat early enough, only to find the gate locked.

Some of the aggrieved party faithful, mostly youths, attempted to force the gate open, prompting policemen stationed inside the secretariat to fire bullets into the air.

The shooting caused pandemonium in the area as party members and newsmen covering the event scrambled for safety.

The following day, the screening was held, and a member of the APC Congress and screening committee from Abuja, Prince Michael, told our correspondent that about 89 aspirants for the State House of Assembly were screened, with some pro-Magnus Abe supporters present, describing the process as peaceful.

The party said it screened 61 aspirants on Wednesday and concluded the exercise on Thursday after it screened 28 more state legislature aspirants, even as Michael confirmed this to our correspondent on the telephone, all camps were accommodated.

He stated, “Some persons came back today. In total, 89 people have been screened. They were supposed to come yesterday (Wednesday) but even before I arrived in Port Harcourt, most of them were calling me, even threatening me with text messages.

“Because of what happened yesterday (referring to the protest), the chairman didn’t have access to the secretariat initially. But they came today and were screened. Everything went smoothly. They were even interacting with the chairman of our committee.”

True to his testament, one of the aspirants and supporters of Senator Magnus Abe, Innocent Ajelo, corroborated the position of Michael that the screening was transparent.

Ajelo said, “They gave everybody a free chance to submit their documents. Initially, we were scared because anybody can come from anywhere and claim that the party sent them.

“But having come here today, they showed us evidence that they are from the national secretariat, and we submitted ourselves for screening. I give them 80 per cent. We are only being careful not to be in the wrong hands.”

Asked how many aspirants from the Senator Abe camp were screened, he said, “We have only one APC in Rivers State.”

However, five aggrieved members of the APC loyal to Abe, led by George Orlu, who claimed to have purchased nomination forms, had approached the court, calling for the process to be annulled over their alleged exclusion.

After a long wait, the Federal High Court, presided over by Justice E. A. Obile, in its ruling on Tuesday, October 25, 2022, agreed with the plaintiffs that they were wrongly excluded from participating in the party primaries.

Justice Obile, therefore, ruled that all those elected from the primary are nullified and should not be recognised as candidates for next year’s election.

The state chairman of the party, Emeka Beke, an ally of the former transportation minister, in his reaction to the federal high court ruling, said it was a mere distraction.

At a news briefing 24 hours after the court ruling, precisely on Wednesday, October 26, 2022, Beke urged members of the party not to lose sleep, saying the party was poised to take over the state in 2023.

Beke stated that the party was willing to pursue the matter to its logical conclusion and expressed hope that the Appeal Court would right the wrong done to the state’s main opposition party in the oil-rich state.

“We are calling on our supporters to remain calm and focused. This is a judgment that, naturally, will not hold water. We urge our members to remain focused because we are ready to pursue it to a logical conclusion.

“Nobody will deny us victory in this 2023 election. Every common man expects that you get justice at the lower court but in Rivers State it is different.

“It was shocking to us when the judgment came. We saw it coming because the judgment was written three weeks ago. But by the grace of God, we will get justice,” he said.

The APC chairman said the party would not be intimidated by the court’s judgment, pointing out that it would not allow a repeat of the misfortune that befell it in 2019, following a court decision.

The APC chairman expressed worry about why the court would give justice to the plaintiffs, who, according to him, were not part of the process.

Beke disclosed that the party would temporarily suspend its campaign and take some actions to reassure its members in face of a seemingly despondent situation.

However, the state’s APC governorship candidate, Tonye Cole, differs slightly from the state party chairman, saying he will not suspend his campaign despite the existing court judgment.

Cole said the party has filed an appeal and stay of execution of the Federal High Court judgment, adding that the party will proceed with its campaign activities while the other processes are ongoing.

He explained that the circumstances that led to the party’s exclusion from the ballot in 2019 and the current situation arising from the sacking of its candidates by the Federal High Court appear similar but certainly not the same.

“We will make certain that all of that kangaroo court judgment does not occur this time. So, we will present the case very clearly, and we are confident that it is not the same thing.

“It may sound the same because the judgment said we should not be recognised but believe me, we are still on the ballot, and INEC recognises all of us. We will be on the ballot come February 2023,” he said with a note of optimism.

Cole said the party will look at the procedural effect that brought the candidates out in the primaries, saying, “And that is what we will be challenging when we get to the Appeal Court.”

He claimed that the party was dealing with two intractable oppositions, which he described as external and rearing their ugly heads once again with some temerity to get the better of the APC before the elections.

He said “The first one was an internal opposition, which cost us (APC) a lot of trouble. We spent the last four years trying to figure out how we could bring peace into the party because we all agree that a house divided cannot stand.

“That cost us dearly in 2018. So, we spent a lot of time trying to bring that house into order. At the end of the day, George Orlu and all the others who filed this case have all left.

“Currently, they are all in the SDP. So, they are now external groups. But based on everything we have seen, these cases are often sponsored by external parties and not internal parties.”

When security outfit is termed weapon of oppression

I will correct injustice of past administrations