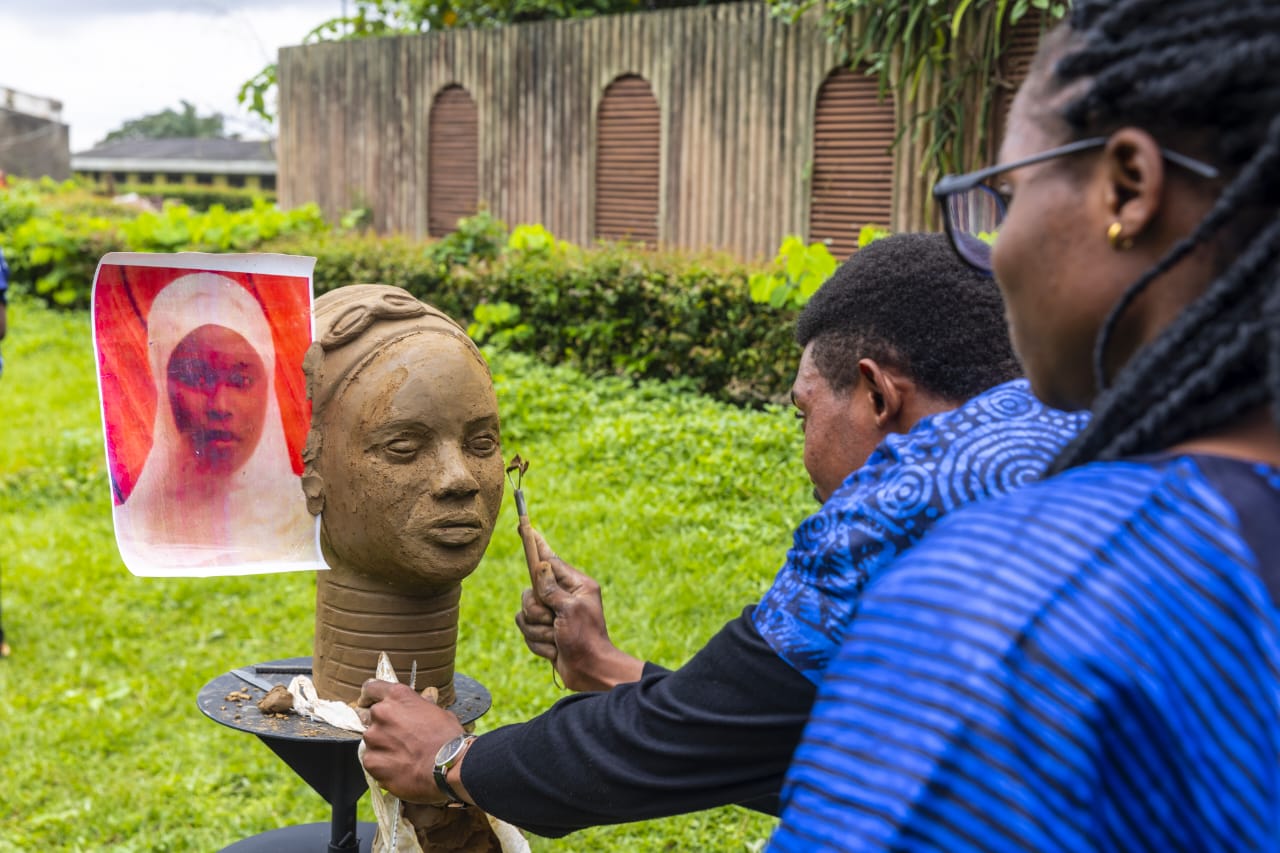 …rescued girl speaks about her ordeal

A sculptor, Prune Nourry, social advocate, Lola Omolola, and the President of the Chibok Girls’ Parent Association, Yakubu Nkeki, have called on the Federal Government to rescue the remaining Chibok girls from Boko Haram terrorists.

This was disclosed at a collaborative art exhibition, titled ‘Statues Also Breathe, Tributes to the Young Heroines,’ in Ikoyi, Lagos, on Saturday.

The project was undertaken by the sculptor, Nourry, in collaboration with the Department of Fine and Applied Arts, Obafemi Awolowo University, Ile-Ife, and the families of the missing girls.

The event was aimed at making sure the public continued to remember the abduction of 276 students of Government Girls Secondary School, Chibok, Borno State, by Boko Haram on April 14, 2014.

The LENTORLITENEWS reported that as of October 22, 2022, the Nigeria Army rescued two Chibok girls, Yana Pogu and Rejoice Sanki, in Borno. It could be recalled that in September 2022, the head of the Intelligence Unit of the Joint Military Taskforce in the Northeast, Operation Hadin Kai, Colonel Obinna Ezuipke, said out of the 276 abducted by Boko Haram terrorists on April 14, 2014, 98 were still in captivity.

The art exhibition featured 108 sculpted portraits representing the Chibok girls. It also made use of audio-visual mediums to show and make the audience feel the imagined agony of the Chibok girls.

Part of the event was a documentary on some of the rescued Chibok girls. The girls told their harrowing experiences in the hands of their captors. The documentary also showed how the portraits were made in OAU.

Speaking at the art event, one of the abductees, Amina Alli, shared her experience of how she escaped from the den of kidnappers in Sambisa forest in 2016. She said, “I was kidnapped alongside others on April 14, 2014, I was in JSS 2. We were taken to different camps and I was lucky to have escaped when the Nigerian Armed Forces came to raid where I was captured. That was in January 2016.”

She, however, expressed optimism that having gone through government-funded rehabilitation, she would survive the trauma of the abduction and live a normal life. She also called on the government to intensify efforts in searching for and rescuing her abducted schoolmates.

She said, “After receiving rehabilitation and meeting with the President of the country, I have returned to school. I live with my family and I am happy. I really wish my other sisters could regain their freedom someday.”

The curator of the exhibition, Nourry, said, “This is absolutely to remember the Chibok girls. These are symbols of their agony, they also represent the fact that we care for our girls.”

Prune stressed that the government needed to do more in rescuing the girls from Boko Haram insurgents.

Also, a social advocate, Lola Omolola, noted she joined hands with other advocates in the Bring Back Our Girls Movement because she felt that the abducted girls could have been her daughters, or herself. She urged the government to place a high value on the citizens of the country by securing the lives and properties of every Nigerian, especially women.

Nkeki added, “Initially, it was tough putting together the parents. In fact, I have about seven of my extended family members abducted as well. I was the first person who staged a one-man protest when the abduction initially happened. A lot of people warned against this but I did not listen to them. As we speak, only one of my nieces is yet to return.

“We are not resting our oars as an association to secure the release of the remaining abductees,” he said.

While appreciating the government and the security forces for securing the release of some of the girls, he urged the government to do more in saving the remaining abducted girls.