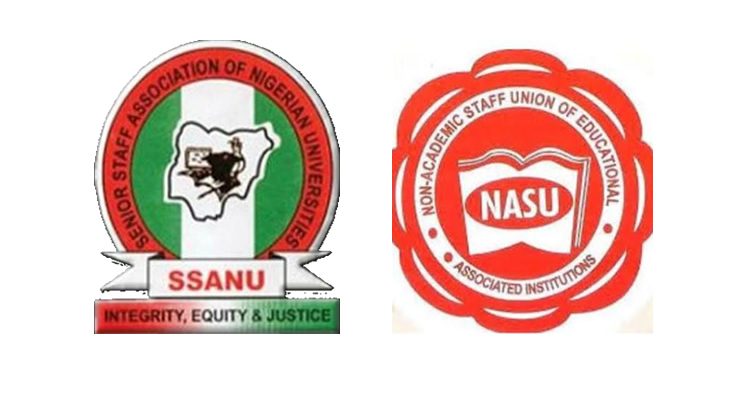 The Joint Action Committee of the Senior Staff Association of Nigerian Universities and  Non-Academic Staff of Educational and Associated Institutions have said they did not receive an invitation for the tertiary education summit starting today in Abuja.

SSANU president, Mr Ibrahim Mohammed, in an interview with The LENTORLITENEWS stressed that JAC of SSANU and NASU were major stakeholders in the tertiary institutions, saying it was startling that an invite was not extended to them.

Recall that the  Speaker of the House of Representatives, Femi Gbajabiamila, had been mediating the industrial dispute between the Federal Government and the Academic Staff Union of Universities.

In a report, Gbajabiamila said that the education summit on the state of tertiary education in Nigeria would hold on November 22 and 23.

He revealed that the organisers had asked scholars, tertiary education administrators, and stakeholders to submit papers for presentation.

“The presentations and submissions will inform the policy recommendations of the summit and be published in a journal for policy action and academic reference. So far, public interest both within and outside Nigeria has been impressive.”

“We must ask and answer complex questions about the operating structure of our public tertiary institutions, sustainable funding, education quality, and access,” Gbajabiamila said.

However, Mohammed, maintained that ‘‘There is an education summit tomorrow and we were not invited and you want to discuss the future of the tertiary institution and SSANU as a majority in the workplace, was not invited. We implement all policies of the government in our institutions and you leave SSANU out of the summit.’’

Meanwhile, he also complained about the none payment of the unions’ salaries for the four months period they were on strike.

Also, The LENTORLITENEWS had reported that the JAC of NASU and SSANU embarked on a National Industrial Action on 27th March 2022 and called it off on August 22, 2022, however, the SSANU president, revealed that they were not paid at all for the few days they worked in August.

Mohammed explained that the no-work-no-pay policy of the Federal Government by Minister of Labour and Employment, Dr Chris Ngige was not applicable to SSANU AND NASU members, adding that they did not abscond from work but went through due process to embark on the strike.

‘‘The FG should release our four months’ salary. The no-work-no-pay policy is applicable when you withdraw your service without notice. The strike is a legal action as enunciated in labour law. If you declare a trade dispute you have given an ultimatum and waited till the expiration of the ultimatum. The employer invited us and we agreed on terms that were documented. They can’t come back to say that they will apply the no-work-no-pay policy on our unions. We followed due process and our money should be released. Government should obey labour laws. They should release our backlog of salaries, our members are working.’’

‘‘SSANU, NASU we are calling on the government to be humane in dealing with us and release our four months’ salary, we are looking forward to receiving our salaries. We are exploring options, the government is denying us our right.’’

He added that none of the agreements which the government signed with them had been fulfilled, saying it extended the ultimatum to January 2023.