HomepanoramaTale of two House speakers in one week
panorama

Tale of two House speakers in one week 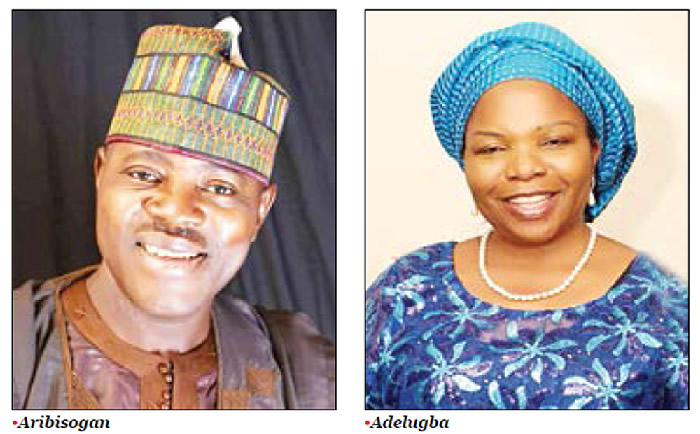 If not for the present leadership crisis in the Ekiti State House of Assembly, the sixth assembly inaugurated on June 5, 2019, might not have been a problem in a house of assembly that has a history of leadership crises.

Although the First Assembly was relatively peaceful, crises have been a recurring theme in the subsequent ones, which have had one leadership issue or another to contend with.

The crisis in the Assembly in 2006 during an impeachment plot against the then-governor, Ayodele Fayose, which pitted pro- and anti-Fayose lawmakers against each other, as well as the accompanying dirty politics, remains a point of reference.

Also in 2007, when the then-ruling Peoples Democratic Party and opposition Action Congress each had 13 members, the fact that PDP members occupied all the principal offices culminated in the opposition members’ boycott of the Assembly for months before the intervention of stakeholders and consequent resolution.

Also in 2014, during Dr Adewale Omirin’s tenure as Speaker, the Assembly was embroiled in a crisis when he claimed that then-Governor Fayose used seven members of a 26-member Assembly to impeach him.

Again in 2016, there was uproar in the Assembly, which led to the suspension of the then-Chairman of the House Committee on Information, Chief Gboyega Aribisogan, due to a disagreement with the then-governor.

However, between June 2019 and October 19, 2022, during the time of the late Funminiyi Afuye as Speaker, there was a period of peace and stability in the complex. But the peace suddenly developed wings and disappeared no sooner than Afuye died, even at a time when his body was still lying cold in the morgue.

Then, there were allegations that the lawmakers had begun serious jostling to be Afuye’s successor before Afuye was buried. It was said then that the two strongest contenders for the position were the then Leader of Government Business, Aribisogan, and the Chief Whip, Mrs Olubunmi Adelugba.

However, the Assembly dismissed it as a rumour, saying the lawmakers should be allowed to mourn their speaker.

But last Tuesday, only four days after Afuye’s burial, the lawmakers sat in the plenary to elect a new speaker, with Aribisogan securing 15 votes to defeat Adelugba, who garnered 10 votes.

The election, however, turned out to be the precursor of a major crisis in the Assembly as the police rolled in their trucks on Wednesday, the following day to seal off the Assembly complex, directing the staff who had come to resume their work to vacate the premises.

The Police Public Relations Officer, Ekiti State Command, Sunday Abutu, in defence of the action said, “We acted on a security alert we received that some people were planning to invade the assembly, and we owe it a duty to safeguard the lives of the people and public utilities.

“We took proactive measures to secure the Assembly complex by deploying our men there. There is no cause for alarm; we are on top of the situation.”

The police also said on Friday that their men foiled an attempt by some hoodlums who scaled the fence of the Assembly at about 4 am in a bid to burn the Assembly. Abutu said, “Operatives of the Rapid Response Squad gave them a hot chase into the bush and recovered two kegs filled with petrol from them among other dangerous exhibits.

The PUNCH reports that Aribisogan on Sunday dismissed police narratives, alleging it was a ploy by the security agents in cahoots with some individuals to keep him out of the Assembly in a bid to foist another person on the lawmakers.

He said, “The Assembly is not under siege. The police are thought to have done this because some disgruntled elements were planning to attack. The Commissioner of Police gave assurance that the House of Assembly would be reopened the following day (Thursday) when he would have concluded his investigation.

“But unfortunately, as I speak (on Sunday), the complex is still under lock and key. That is why we have decided to call on the Inspector General of Police to call on his people to allow the Assembly to function.”

Aribisogan accused the former governor, Dr Kayode Fayemi of being behind the crisis in the Assembly out of desperation to remove him as Speaker and inaugurate his preferred person, Adelugba.

He said, “When Fayemi called us to his residence and said he wanted us to support Hon. Adelugba, I stood up to say that that could not be done by fiat or by imposition and that we had leaders that we had to consult and that we would get back to them.

“During the election on November 15, the majority of the Assembly members voted for me, but a few of them, who felt that perhaps I did not follow the former governor’s directive felt that they would make the place ungovernable.”

On Monday, he warned that “they don’t want democratic processes to take place in the Assembly, and these people are even with arms, saying they are going to assassinate the speaker, take over the place tomorrow (Monday) morning.”

According to him, all his efforts to reach Fayemi since his emergence and sealing off of the Assembly have been futile. He said, “I still sent a text message to him on Saturday night but up till now, he has not done anything about it.

“But he has been calling our members to go and impeach me tomorrow (Monday). As I speak with you, seven of our members are locked up in a guest house in Ado Ekiti in cahoots with some of his former aides for the planned impeachment.’’

However, early on Monday, some lawmakers sat in the plenary presided over by the deputy speaker, Hakeem Jamiu and impeached Aribisogan as speaker and elected Adelugba as his successor.

The new Speaker, Adelugba, who said her leadership was ready to move the Assembly forward in service to the state through lawmaking and oversight functions, appreciated the APC for not allowing its name to be dragged through the mud, despite the tension elicited by the power tussle in the lawmaking chambers.

She said that Aribisogan was impeached and suspended indefinitely for allegedly sabotaging the passage of the revised 2022 supplementary budget presented by the executive.

Adelugba stated that Aribisogan’s impeachment by 17 of the Assembly’s 25 members confirmed and wiped out the election fraud, adding, “What happened in the Assembly today (Monday) is about the party and not about me or the former governor, Dr Fayemi.”

She, however, waved the olive branch at the suspended members and told them they had the opportunity to be forgiven.

Meanwhile, Aribisogan condemned what he termed the ‘illegal invasion’ of the Assembly, saying, “The purported impeachment of the Speaker and suspension of seven members are illegal, ultra vires, null and void, and of no effect,” adding, “The actions are not legally sustainable and will be quashed at a court of competent jurisdiction.

“Ekiti people and the general public are invited to note that Order II, Rule 9 of the House Rules clearly prescribes that before the Speaker can be removed from office, he must be served with a formal notice of allegations and given 72 hours to respond.

“The unlawful assembly of today (Monday) was so steeped in illegality that the disgruntled members did not care to pretend to comply with these rules in carrying out the purported impeachment of the speaker.”

Aribisogan, who called on the government, the Ekiti people and all constituted authorities to note that he remained the Speaker, urged the Ekiti people to be watchful, saying, “We remain confident that justice and the rule of law will prevail.”

However, Fayemi dismissed Aribisogan’s allegation that his impeachment was masterminded by him.

Ahmad Sajoh, in a statement on behalf of the Fayemi Media Office, entitled “Fayemi had no hand in the impeachment of Ekiti Speaker,” said, “We wish to clarify that Dr Fayemi had nothing to do with the removal of the former Speaker by his peers as this was the internal arrangement of the Assembly.

“We wish to note that even as governor, Fayemi did not interfere with the independence of the House and respected the principle of separation of powers where the House had the freedom to decide on its internal affairs.”

The Special Adviser to Ekiti State Governor on Media, Yinka Oyebode, said what transpired in the assembly was ‘purely a legislative affair.’

Oyebode said, “It is important to note that the issue is for the state assembly and APC to resolve and I am sure it will be resolved amicably. The party is the owner of all the positions in government, and so the party has a great role to play in determining who gets what, when, and how.”

Nigeria can lead Africa to new age with cryptocurrencies – US CEO