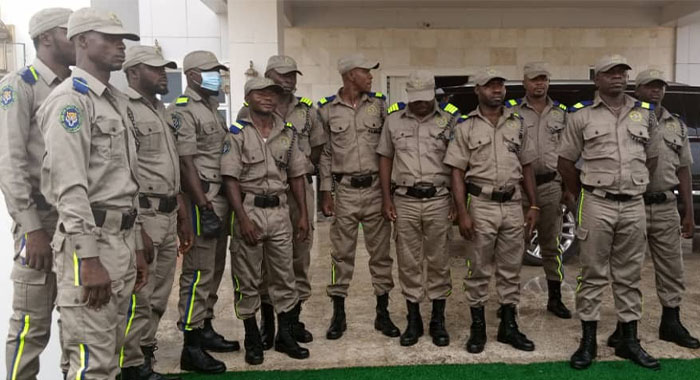 The Indigenous People of Biafra, Sunday, released gory videos and photographs of the attack on Orsu-Ihiteukwa community in Orsu Local Government Area of Imo State by alleged members of the Ebubeagu security outfit.

The organisation blamed the scenario on Governor Hope Uzodimma, accusing him of ordering the security team to carry out the incident which included attacks on buildings, killing of citizens, and burning of houses and shops.

Ifeanyi Ejiofor, the lawyer to the leader of IPOB, Nnamdi Kanu, made the allegation in a statement titled “Black Weekend In Orsu-Ihiteukwa, Orsu LGA of Imo State.”

But Oguwike Nwachukwu, the Chief Press Secretary to Uzodinma, in an interview with The LENTORLITENEWS exonerated him from the attacks.

He said, “You know that people can allege anything against Governor Hope Uzodinma because it gives them joy doing so. If there was no salt in the food their wives served them, it was Governor Uzodimma that caused.

“But to answer you directly, Governor Uzodinma has never, can never and will never give instruction to security operatives or anybody for that matter to kill innocent people.

“Please, get in touch with security agencies because the concern you have raised borders on security.
However, let me say that it is unfortunate that we often ignore the operational rule of engagement that exists within the security agencies, with their different hierarchies taking responsibility for their actions, but resort to mischievous finger-pointing at Governor Uzodimma. That is not fair.”

He said, “It is heart-rending that at this period of economic downturn, the only available daily market in the community, where the downtrodden go for communal trade, in search of their daily bread was completely razed to the ground, and homes burnt by these evil monsters acting on behalf of the state government.

“Indigenes of the community were thrown into this unexpected horror, and out of fear, they have fled from their very own ancestral homes. Right now, Orsu-Ihiteukwa is a ghost town.

“We are asking the Governor of Imo State – could there be any justification, whatsoever, under any known law in Nigeria, as well as the international jurisprudence, that sanctioned this oppressive, barbaric, wicked, soulless and evil destruction of the lives and properties of his own people that he swore to protect?

“Was it an engagement strategy, envisaged, permitted and consequently, sanctioned within the operational rules of engagement of the Nigerian security agents? The answer is capital no.

“Furthermore, if the overzealous security agents are in hot chase of targeted criminal elements, can’t they profile and define their targets? Can this oppressive conduct occur in any other region or part of Nigeria?

“Remember, Governor Uzodimma, that power is transient, it does not last forever! You must not also forget that you will definitely give account of your stewardship someday and one day, very certainly, before the International Criminal Court of Justice.

“These monumental atrocities, genocidal killing of innocent lives, destruction of properties, and obvious crimes against humanity, brazenly perpetrated and superintended under Governor Uzodimma’s watch with reckless abandon/impunity is extremely cruel and the evidences abound.

“Again, we continue to call on responsible foreign governments and foreign institutions to prevail on the Nigerian government, under whose domain these crimes against humanity are being perpetrated on a daily basis, to call their lawless security agents to order.

“The actions of the Nigerian security agents in conjunction with the governor’s Ebubeagu security outfit is not only barbaric and wicked, but totally condemnable.

“We, therefore, call for the immediate arrest and prosecution of all those involved in this inhumane, wicked, and barbaric acts.

“Enough is enough! We urge the Governor of Imo State to retrace his steps and embrace peace, for the over-all wellbeing of his state and people. The incessant blood of the innocent being spilled in the state cry to the ‘God of Justice’ for vengeance.”