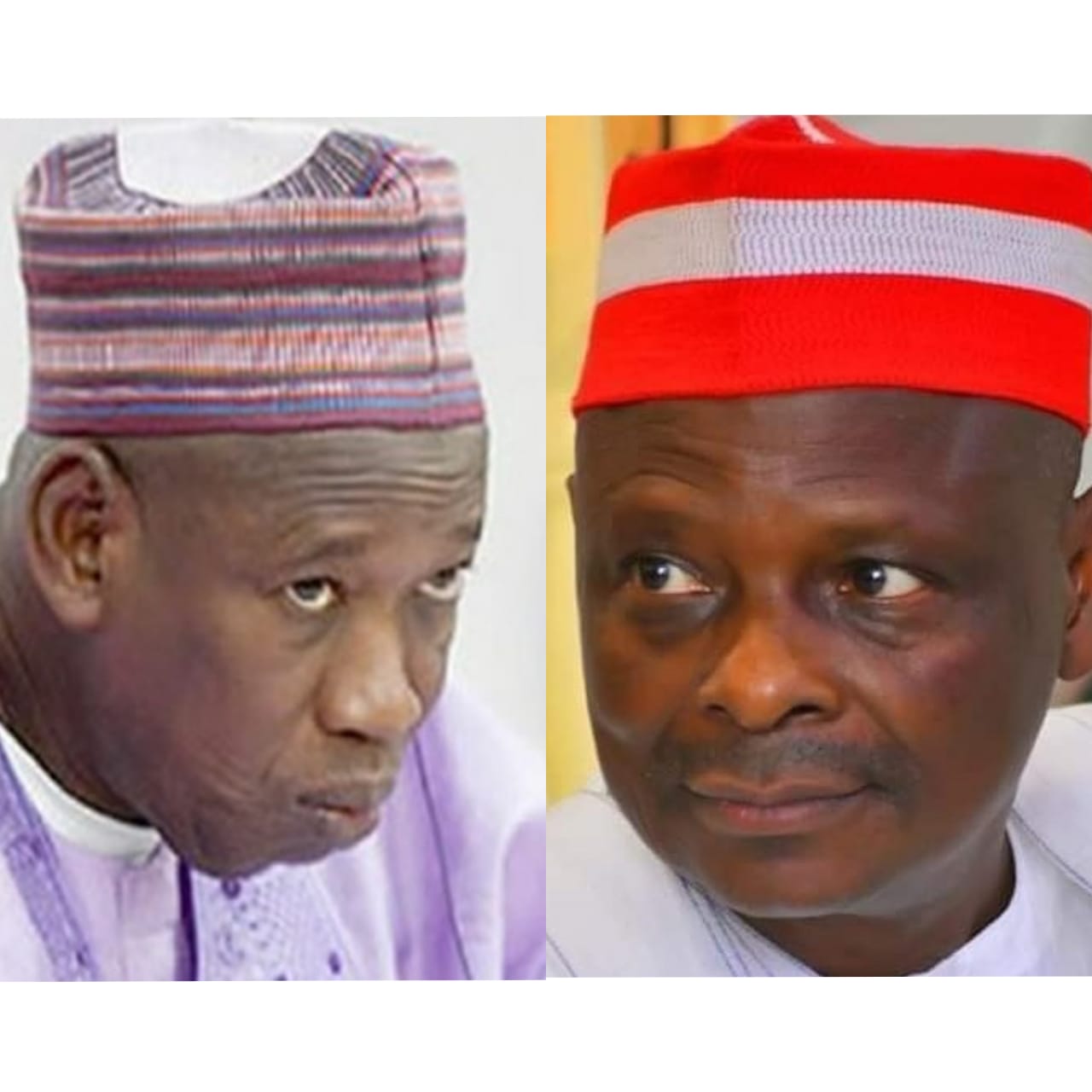 The Governor of Kano State, Abdullahi Ganduje, on Monday night challenged his predecessor and presidential candidate of the New Nigeria Peoples Party, Rabiu Kwankwaso, to hold a rally in the state to test his popularity.

Speaking during a live appearance on Channels Television’s Politics Today, Ganduje defended the large turnout of supporters during the rally held in support of the APC presidential candidate, Bola Tinubu, in Kano on Sunday.

In the programme which was monitored by our correspondent, Ganduje said, “Kwankwaso is a presidential candidate, there is no doubt about that. But equally, we are on the ground and many of his people are now in our political party.

“So if Kwankwaso thinks that he can win the party, let him hold a march like this (referring to the rally held in Kano) and compare what will happen if he can do so.”

Commenting on the possibility of his party losing ground to another of his predecessor turned political rival, Sen. Ibrahim Shekarau, Ganduje questioned the political relevance of the former governor and minister of education over his switching allegiance.

“Pertaining to Shekarau, we won our election without Shekarau. Later, we invited him to our party and he decided to leave the party for Kwankwaso’s party (NNPP).

“Later on, he left that party to Peoples Democratic Party where he was originally. So, you can see that these are nomads in politics. You expect that people who run from one party to another will lose followers.

“Once you change your political party, you cannot carry everybody to where you want to go. You will leave some followers. He left a majority of his followers in APC and then he left others in NNPP. He then left many there. Where he is now, well, we will live to see,” he said.

On the issues raised by Alhassan Ado-Doguwa earlier this month, the Governor said “the issues had since been resolved”

Ado-Doguwa claimed that though Ganduje had governed the state well, those he handed the party affairs to in the state were discriminating against loyal party members, forcing them to defect from the party.

But Ganduje said that the lawmaker’s complaints had been put to rest since they had been resolved.

“Having internal wranglings in a party is not new. Honourable Alhassan Ado-Doguwa and our former commissioner for local government, who is now the deputy governorship candidate, had a misunderstanding.

“But we sat down under my chairmanship and everything is put in order now. Even today, they were together, they even took pictures together and issued a press release together. So, everything is normal within our party now,” he added.