HomeLatest newsThings to know about genocides around the world
Latest news

Things to know about genocides around the world 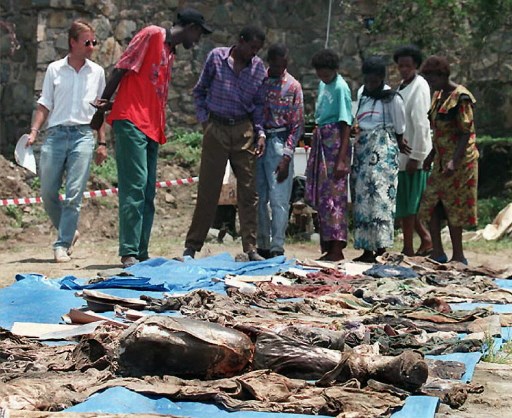 The UN-backed court set up to try Cambodia’s Khmer Rouge leaders over the country’s genocidal 1970s regime issued its last verdict on Thursday when it upheld the genocide conviction of the regime’s last leader.

Here is a summary of other genocides recognised by the international community and courts or individual states:

Germany in 2021 acknowledged it had committed genocide in colonial-era Namibia in southwest Africa.

German settlers killed tens of thousands of indigenous Herero and Nama people between 1904 and 1908, a massacre historians called the 20th century’s first genocide.

Armenia says Ottoman Turk forces killed up to 1.5 million Armenians between 1915 and 1917, during World War I.

It has long sought international recognition of this as genocide, backed by around 30 countries.

The charge is vehemently rejected by Turkey, which admits nonetheless that up to 500,000 Armenians were killed in fighting, massacres or by starvation during mass deportations from eastern Anatolia.

During a four-year reign of terror by the Maoist Khmer Rouge regime from 1975 to 1979, some two million people died from starvation, mass executions and overwork.

In 2018, an UN-sponsored tribunal in Cambodia convicted the two top surviving leaders of the regime, Nuon Chea and Khieu Samphan, of genocide.

Nuon Chea has since died and 91-year-old Samphan appealed but on Thursday the Extraordinary Chambers in the Courts of Cambodia (ECCC) upheld his conviction.

The ruling will be the last given by the tribunal, winding up a 16-year-process dogged by criticisms for costliness, slowness, and bringing limited solace to survivors.

The Rwandan genocide began in early April 1994, shortly after the ethnic Hutu president was killed when his plane was shot down in an attack blamed by the government on Tutsi rebels.

At least 800,000 people, mostly Tutsis and some moderate Hutus, were slaughtered over the following 100 days, according to the United Nations.

The UN set up the International Criminal Tribunal for Rwanda in the Tanzanian city of Arusha. It issued the world’s first genocide conviction in 1998.

Since then, courts in the United States, Canada and several European countries have also convicted Rwandan fugitives over their role in the bloodshed.

The 1995 massacre in Srebrenica, eastern Bosnia, of more than 8,000 Muslim men and boys by Bosnian Serb forces was recognised as a genocide by the International Court of Justice, the UN’s top legal body, in 2007.

In 2021, Sudan said it planned to hand over to the International Criminal Court ex-president Omar al-Bashir, who is wanted for genocide over fighting that erupted in the western Darfur region in 2003.

The UN estimates that the Darfur conflict left 300,000 people dead.

Islamic State jihadists in 2014 carried out a massacre of Yazidis, a Kurdish-speaking community in northwestern Iraq.

In 2021, a German court convicted an Iraqi jihadist of “genocide”.

The parliaments of several Western states have also termed the crimes “genocide”.

Around one million members of Myanmar’s mostly Muslim Rohingya community fled the Buddhist-majority country for Bangladesh in August 2017, amid reports of rape, murder and arson.

Myanmar has been accused of “genocide” by The Hague-based International Court of Justice (ICJ).

The International Criminal Court has also opened a probe, and in March the US declared the violence against the Rohingya constituted genocide.

Lawmakers in several western countries have denounced a “genocide” by China against the Uyghur minority in western Xinjiang province.

Rights groups say at least one million people from mostly Muslim minorities have been incarcerated in “re-education camps” in Xinjiang.

A UN report earlier this month said the abuses could constitute “crimes against humanity” but avoided the term genocide.

China has denied any wrongdoing, saying it is running vocational training centres to counter extremism.