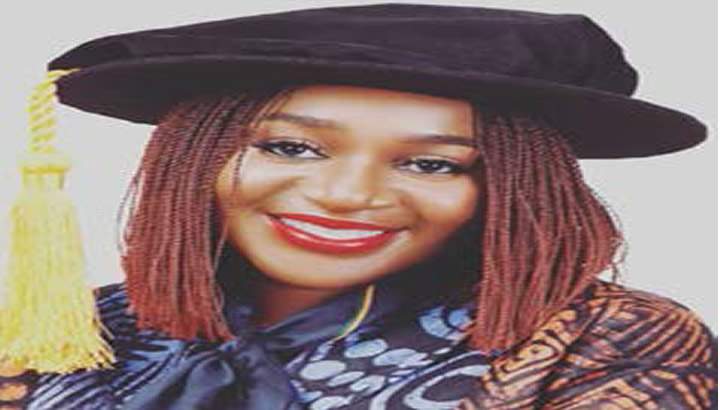 Consultant dermatologist, Dr Ronke Edun, talks to EMMANUEL OJO about the causes of furuncles, commonly called boils, how they are related to staphylococcus aureus and how they can be treated or managed

In simple terms, furuncles mean boils. They occur when there is inflammation of the hair follicle. So, it means that it can only occur in places where we have hair because it’s when the hair follicles are inflamed that we have boils.

What causes the inflammation of the hair follicles?

What are the early symptoms before it becomes a full-blown case?

Because there are bacteria and there has to be something that will break the integrity of the skin, pain and swelling are usually the first symptoms before the appearance of the swelling that has pus, which we now refer to as boil. So, those are the normal symptoms – when there is pain at the site of the infection and there is swelling.

Basically, how can we differentiate between an early symptom of furuncles, pimples, and other similar skin problems?

There are so many things that actually appear similar like furuncles; things like pimples, pseudofolliculitis, and many of them. Basically, the difference is that it has to be in hair-bearing areas and that’s the basic differentiating factor. Normally for everybody, when you have furuncles, the body is able to take care of it even without taking any medication or going through any procedure. So, if you have something that is not in a hair-bearing area, and there is no history of cut or scratch, then we have to look out for something else and also if there is any infection of the skin or anything that is not normal with the skin, the patient has to see the doctor, a physician or a dermatologist.

Pimples are also what we call acne vulgaris. It’s mostly found in sebum-producing areas. Sebum means oil-producing areas and they are the face, the upper back, and the chest. Those are the places that usually have pimples. So, it is different from furuncles which one has in hair-bound areas. These are technical terms that dermatologists and doctors generally use. Anyone who is a doctor will understand the use of these terms. Oil secretion in certain areas is a major factor and of course, oil is usually in the face. Although the symptoms might be similar in certain cases, they are different.

Is there a particular age group that is more prone to this infection?

Are there other risk factors that increase the chances of this infection?

Apart from age, the presence of additional immune illnesses present in some situations, like diabetes, eczema, people on medication for cancers, people with retroviral infections, like HIV; people who, for one reason or the other, their immune system is not able to fight it naturally, are likely to have furuncles.

Apart from it being obvious, can furuncles be diagnosed in a hospital?

What are the complications that come with furuncles?

The complication is that it might become overwhelming because it’s an infection of the hair follicle but if it is there and it is not managed, it can result in the whole body or a larger part of that particular area can become infected. So, it can lead to what we call sepsis in which the body starts producing some inflammatory response that can actually affect almost all the organs in the body. That’s a major complication.

Then, the pain, not being able to go to work and all those other things can actually come into play because you have it not treated. Sepsis is life-threatening. For anybody that has sepsis, it’s life-threatening. So, that’s something to consider.

What about boils? Are they also life-threatening?

Not really. It is not life-threatening except if there is a problem that the body cannot take care of. It is not life-threatening except it is complicated and the complication is when it becomes so large that the infection starts spreading to other organs in the body. That is when one should be weary but normally, the body should be able to deal with furuncles on its own.

What are the preventive measures?

Prevention is universal. It starts with hygiene because when you touch, you get in contact with a lot of things. So, hand washing, hand hygiene, then for people who have the infection already, the infected area should be covered and if you have a boil, clean the place and cover it so that you don’t spread the infection. Mind the people you live with in your environment and don’t share personal items like towels, blades, or items you use for personal things. Those are the ways you can prevent staphylococcus aureus which causes furuncles.

Some parts of the body are prone to this infection quite frequently, as you mentioned. Are there reasons why it is more common in those areas?

Yes. First of all, if you look at those areas, you will discover that they have hair, then, the organism (staphylococcus aureus) lives in that area, so, the population is more in that area where there is hair.

It is said that if one tries to burst a boil when it is not well-formed or ‘ripe,’ as many say, it can lead to more complications. How true is that?

Yes, it’s true. It can lead to cellulitis, which means the infection of the muscle. Remember I said it’s an inflammation of the hair follicles, so other things like the muscles or even the bones can be affected because it can get deeper than the skin.

Can it lead to death?

To what extent can it spread on the skin?

It’s unlikely to spread, except there is hair there. It can get bigger, larger, and very painful.

Are you aware of certain superstitions associated with boils? For instance, there is s belief that when one has boils frequently, they are likely to have a set of twins.

What’s the worst-case scenario with furuncles?

The worst that can happen is that they could spread to more skin areas, get more structures on the body, maybe cellulitis or bacteremia, and could lead to sepsis. Sepsis can cause shock and if the shock is not properly managed, it can lead to death. That is the worst-case scenario. Like most medical illnesses, if they are not taken care of early enough, they can lead to death.

Is there a clear difference between furuncles and cysts?

A cyst is the collection of debris, different kinds of debris in the skin, inside a sac, so it’s different. A cyst is different, though when you see a cyst, it may look like a boil. However, they are different from furuncles.

Another infection that has similarities with furuncles is carbuncles. I think that’s all but it could look like many other things. It could look like acne, cellulitis, and so on but when you know that there has to be hair in the area of the infection, then that’s a major differentiating factor.

It’s usually said that pus is not healthy to remain in the body. What happens in untreated cases that the body handles without medical assistance? Where does the pus go?

What happens is that when there is an inflammation and the bacteria reacts to whatever is in that environment, it causes pus. So, when we talk about pus, anywhere there is pus in the body, it has to go away. If it doesn’t go away, that place is not going to heal. So, pus is not good at all. In some cases when you have furuncles and they are very big, the pus has to be drained, else, that place will not heal.

In cases where the furuncles healed on their own, the immune system has actually taken care of them. It’s like a battle between the immune system and the bacteria. The immune system doesn’t let it get to that level of destroying the tissues there. So, it tackles it early, so that there will be no pus. It’s not in all cases that it has pus but when it does, it has to be drained. Sometimes, the furuncles can even burst on their own. They get ripe and rupture on their own but what’s important is that the pus must go one way or the other either medically or naturally.

In cases of pus discharge, sometimes, it comes out in a slightly different colouration. What causes the differences in colouration?

The colour is not important at all.

How else can the condition be managed or treated?

Well, not all cases of furuncle need treatment. However, there are certain cases where you just have to treat them. First, when there is a boil in a hair-bearing area and it’s more than two weeks, this is the time you have to do something about it. Don’t forget that I said that some people have problems with their immune systems. Such people, whether it is one or two days, they have to be treated. What I advise is that we don’t have to wait for two weeks. Once we see something that is not normal, it’s just best to present it to an expert, then when you have a boil that remains present and doesn’t rupture, you should find time to get treatment. Also, when the pain is unbearable, then, treatment is necessary.

Lastly, in treating furuncles, for someone that has furuncles, the advice is to apply warm compresses. This is one of the indications for the use of antibacterial soap. Then apart from that, if it (the boil) is now large and very painful, they are advised to go to the hospital. In the hospital, the doctor or the dermatologist will prescribe antibiotics and in certain cases, they might have to do an incision and drain.

Things to know when trying to conceive at 40