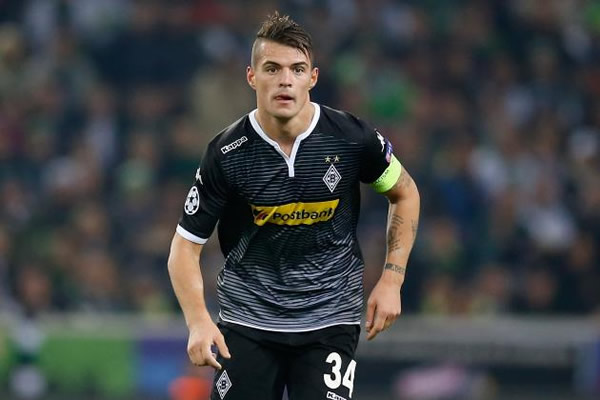 Switzerland captain Granit Xhaka said Wednesday his side did not have to copy Germany’s mouth-covering protest against FIFA’s stance on rainbow-themed armbands.

Germany lined up for their team photo before a shock 2-1 defeat to Japan, making the gesture after they abandoned plans for skipper Manuel Neuer to wear the “OneLove” armband following threats of on-field disciplinary action by FIFA.

“I don’t think we need to do anything as the Swiss team. We need to respect the rules and concentrate on our football, that’s all I intend to do,” captain Xhaka told reporters ahead of his team’s Group G opener against Cameroon on Thursday.

“We’re here to play football and not hand out lessons to anyone.”

The Swiss were one of seven European teams whose captains were to wear the armband in support of LGBTQ people at the tournament in Qatar, where homosexuality is illegal.

Germany’s football association said on Tuesday it was examining the legality of FIFA’s threat, after some of the teams came under fire at home for failing to take a stronger stand against FIFA’s stance.

Netherlands midfielder Davy Klaassen, whose country was one of the seven to back down, later praised the Germans for their protest.

“That’s a nice variation on the armband. it was a good way to do it,” he told reporters.

Klaassen’s team take on Ecuador in their second Group A match on Thursday.