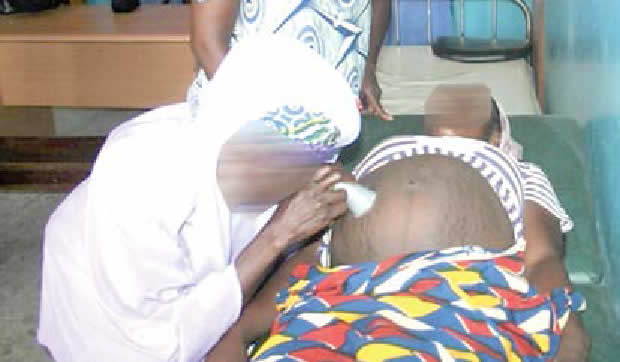 Maternal health experts have raised the alarm that the illegal and wrong use of misoprostol to induce labour by traditional birth attendants is fuelling maternal and newborn deaths in the country.

Misoprostol is indicated for the prevention and treatment of stomach and duodenal ulcers. It is also used to induce labour, cause an abortion, and treat postpartum bleeding due to poor contraction of the uterus.

The gynaecologists stated that some pregnant women who had earlier delivered their babies through caesarean section also indulge in the use of misoprostol with the connivance of traditional birth attendants with the hope that it would help them avoid a repeat CS.

They lamented that some of the pregnant women indulging in this unsafe practice do not live to tell the story.

According to the experts, misoprostol, is usually used by physicians to stop bleeding after delivery so that women won’t have a postpartum hemorrhage, adding that the drug is also used for abortion.

An Associate Professor, College of Medicine, Lagos State University, Dr. Yusuf Oshodi, in an exclusive interview with PUNCH Healthwise, said using misoprostol to induce labour could rupture the uterus and damage the womb.

The gynaecologist said there are indications for induction of labour that must be established before this intervention is instituted.

Dr. Oshodi, who is also a Consultant Obstetrician & Gynaecologist at the Lagos State University Teaching Hospital, Ikeja, explained, “The one that they are using now that you are not paying attention to is misoprostol.

“This one has more dangers because people have ruptured their uterus because of using misoprostol to induce labour.

“They have torn their womb, their babies died and some of them don’t live to tell the story.

“It is very common in our environment. The drug is meant to help people when they deliver the placenta after delivering the baby for the womb to contract and stop bleeding so that they won’t have postpartum hemorrhage. It is the same drug that people are using to procure an abortion.

“Why it is even illegal is that the dose they are using is like eight times of what we use when we want to induce labour.

“So, the work will be like eight times, some of them without contracting and bothering.”

Dr. Oshodi who is the Vice Chairman, Society of Gynaecology and Obstetrics of Nigeria, Lagos State chapter, said induced labour was associated with a higher caesarean rate.

“Also, some of them that have done CS before will just go and swallow this tablet just because they don’t want to have another CS. And the condition that will merit them to use it, they don’t care whether they meet it or not.

“So, many of them have come to the hospital with ruptured uterus, some of them don’t survive it, some of them are brought in dead with their babies.